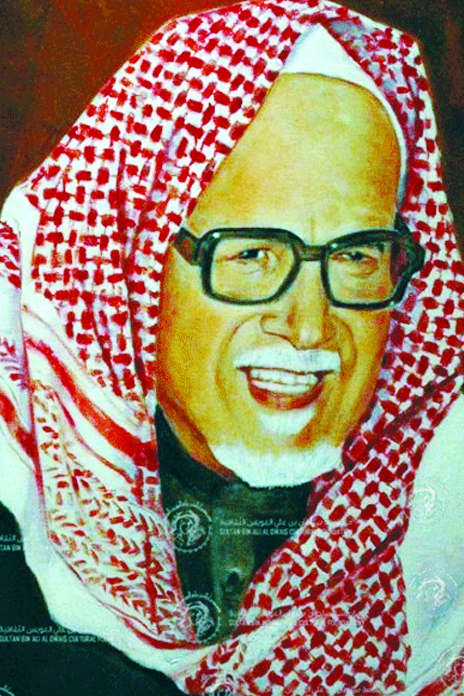 The Board of Trustees of the Sultan Bin Ali Al Owais Cultural Foundation, in its meeting (held on Wednesday October 18, 1995) has decided to grant the Sultan Bin Ali Al Owais Award for Cultural and Scientific Achievement for this session to thinker and scholar Sheikh Hamad Al Jassir in recognition of his status as a pioneering cultural and scholarly figure in his homeland, the Kingdom of Saudi Arabia and in the Arab world. His relentless efforts and numerous contributions to Arab culture over the span of half a century have included establishing “Al Yamama” newspaper, “Al Riyadh” daily and “Al Arab” magazine. He also established the first printing press in Najd, which later evolved into a publishing house. He authored tens of influential publications, researches and studies that had a great impact on the cultural field in the Kingdom of Saudi Arabia and beyond, and which became a reference for many scholars and academics.

Over the span of his career, Al Jasser has held various positions whether in the educational sector of in the fields of law, journalism or publishing. He served his homeland and his nation through the different posts he held and through his project regarding geographical and historical research on the Arab Peninsula.

Hamad Al Jasser had a unique writing style that faithfully delivered information that is backed by historical and evidence along with thorough analysis. He does not use rhetoric at the expense of presenting scientific truths in the most straight-forward way, and without subjecting the reader to any form of confusion or vagueness.

Apart from being a distinguished author, Al Jasser is also known to be a trustworthy researcher who has checked and reviewed many heritage texts and historical manuscripts.

One of Al Jasser’s most prominent achievements is examining and verifying the following books: “Al Barq Al Yamani fil Fath Al Uthmani”, “Bilad Al Arab” (Cities of Arabia), “Al Manasik Fee Tahded Amaken Al Haj” (Rituals in Determining Hajj Sites) and “Ma’alim Al Jazeerah” (Landmarks of the Arabian Peninsula), as well as authoring the Geographical Dictionary of Saudi Arabia (8 volumes and 21 books), he continues to write more volumes despite his old age in addition to tens of books and “Al Arab” magazine volumes (30 so far). Through his writings, he succeeded in clearing many misconceptions about the Arab peninsula, making his works a source of reference for various Arab scholars and scientific institutions.

Sheikh Hamad Al Jasser has dedicated most of his life to writing and scholarly research, a characteristic that has made him stand out among numerous scholars in his field. He gained great acclaim, both in the Arab world and beyond. His prestigious scholarly status has made him a source of reference for the geography and history of the Arab Peninsula. Many leading Arab and foreign thinkers wrote about him and his work and he was selected as a member in many Arab Scientific Academies. He is a member of the Arab Scientific Academy in Damascus (since 1951), the Iraqi Scientific Council (since 1954) and the Arabic Language Academy in Cairo (since 1958) as well as many other Arab academies and institutions.

Due to his admirable life journey, distinguished career and outstanding achievements (with a repertoire of 1117 works that include researches, articles, studies, reports, books and volumes), the Sultan Bin Ali Al Owais Cultural Foundation sees that Sheikh Hamad Bin Mohammed Bin Hasser Bin Ali Al Jasser (also known as Hamad Al Jasser) is the best person to represent the Cultural and Scientific Achivement Award for this session (1994-1995). We grant him the award in recognition of his outstanding achievements and ongoing research, studies and investigations, as well as his contribution to various scientific and linguistic institutions in the Arab world, He is indeed a great scientist, scholar and human being who has left a rich legacy for the coming generations.