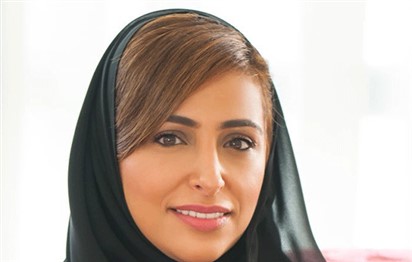 The International Publishers Association (IPA) has announced that Sheikha Bodour Bint Sultan Al Qasimi has been selected as Vice-President of (IPA). The announcement was made during the IPA General Assembly at the Frankfurt International Book Fair.

It is worth mentioning that Sheikha Bodour is the first Arab women to hold this position since the IPA was established in 1896, and the second ever woman to be IPA Vice-President after Ana Maria Cabanellas who held the same position in 2004, before being appointed as IPA President in 2006.

Sheikha Bodour’s success is considered an international achievement for the Arab world and the UAE in the field of publishing, and comes in recognition of her efforts in the development and support of the publishing sector in the UAE and the Arab world. Since establishing the UAE Publishers Association, Sheikha Bodour has succeeded in getting a number of Arab countries to join the IPA and bringing together Arab and international publishers. Moreover, Sheikha Budour helped establish professional guidelines for publishing in the UAE through a number of partnerships with international book industry hubs.

Commenting on the news, Shaikha Bodour said: “The publishing industry is different from all other industries known to mankind because it is a product of human creativity, through which we seek to address the human mind and conscience regardless of their geographical location or ethnicities. This human product cannot thrive without transcending man-made boundaries, and its motive should be to increase understanding and harmony between humans. For these reasons I am extremely proud to take this great responsibility and will do my utmost to add to the IPA’s portfolio of achievements for whom my esteemed colleagues, who have assumed the IPA’s leadership positions until today, are responsible.”

“The work policy of this position will reflect positively on the Arab and international publishing experience. This entails me along with all publishers and world’s cultural bodies and institutions to take on new responsibilities that require cooperation to create a safe and thriving business environment on the local, Arab and global fronts,” Sheikha Bodour added.

It is worth mentioning that Sheikha Bodour’s career is filled with prominent achievements in the field of publishing. She is the founder and CEO of Kalimat Group – the UAE’s first publishing house solely for publishing children’s Arabic books. Moreover, she is also founder and president of the Emirates Publishers Association, which –thanks to her efforts- has gained full membership in the International Publishers Association since 2012. Furthermore, she has established the UAE Board on Books for Young People (UAEBBY), the local branch in the United Arab Emirates of the International Board on Books for Young People (IBBY).

During Sheikha Bodour’s term, the IPA will be lead by Mexico’s Hugo Setzer, who held the post of IPA’s Vice President from 2016 to 2018.

It is worth mentioning that the IPA is considered one of the most prestigious organizations in the world and includes national and regional publishers associations from around the world. The IPA was established in 1896 in Paris and its headquarters is currently located in Genève, Switzerland, with more than 70 publisher organizations and associations from 65 countries around the world.