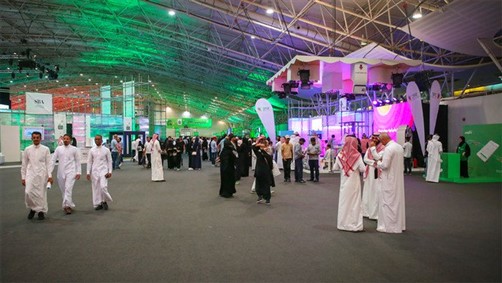 RIYADH: The five-day Hakaya Misk festival is underway, showcasing the work and ideas of young artists from across Saudi Arabia and 11 other countries.

The 10th edition of the event, which began on August 7 at the Riyadh International Convention and Exhibition Center, includes a wide range of cultural and artistic activities and workshops. It brings together a number of successful youth projects and experiences in fields including film production, animation, writing and theater. A number of familiar Arab and international media platforms are also taking part, and there is a special section — Hakaya Tech — devoted to technology innovators offering tools designed to assist creative talents. There is also a section for “young producers,” along with food carts to tempt visitors.

The workshops are a major part of Hakaya Misk, which has a major focus on learning. This year, a new section called “behind the scenes” has been added, featuring interactive film-production workshops hosted by leading international companies. Participants have a rare chance to learn some of the secrets of the film industry and benefit from the experiences of accomplished directors and producers.

The Hakaya Misk Theater, meanwhile, will present a rich collection of daily performances, along with the success stories of young actors, and humanitarian stories from the experiences of those working with the King Salman Relief Center. A selection of Saudi short films will also be screened.

Hakaya Al Murabitin is another important element of the festival, which highlights the work of those who document the great sacrifices made to protect the security of the Kingdom and its people. It has been expanded this year.

Hakaya Misk aims to empower Saudi youth, help them to discover their talents and abilities in creative fields such as the arts and technology, and encourage them to develop creative projects of a modern and global nature that will help to support the Kingdom’s Vision 2030. A large number of young people who participated in previous editions used their talents to create successful national projects.