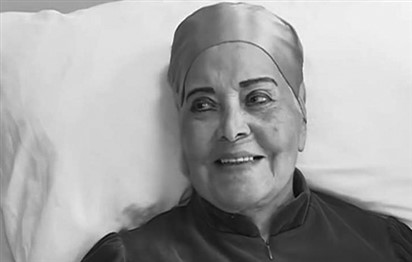 Veteran Egyptian Actress Madiha Yousri has passed away on Tuesday, May 29, 2018. She was 96. Yousri’s acting career spanned over seven decades.

Yousri, who was considered one of the most beautiful actresses in the 1940s, passed away at Al Maadi Military Hospital after a battle with illness.

The late actress spent her final years in a wheelchair before her health failed her and she became bedridden.

Born as Hanooma Habib Khalil in 1921, Yousri made her acting debut in 1942 in “Mamnou’ Al Hob” (Love is Prohibited), a film which starred the late Mohamed Abdel Wahab, before landing a role in “Ahlam Al Shabab” (Dreams of the Youth) alongside Fareed Al Atrash and Taheyya Kariokka.

Throughout her career, she took part in more than 90 films, some of which are considered classics in Egyptian cinema, including “Ameer Al Intiqam” (Prince of Revenge), “Hayah Aw Mawt” ( Life or Death), “Inni Rahila” ( I Am Departing), “Lahn Al Khulood” (Eternal Tune), “Banat Hawa’” (Daughters of Eve), “Al Khataya” (The Sins), “La Tas’alni man Ana” (Don’t Ask Me Who Am I) and “Ayoub”.

Her final role in the cinema was in “Al Irhabi” (The Terrorist), in which she starred alongside comedian Adel Imam.

She also produced several films including “Al Avocato Madiha” (Madiha the Lawyer) in 1950, which was written and directed by Youssef Wahbi, who also starred in the same movie, “Wafa’ Lil Abad” (Forever Loyal) in 1953, and “Qalb Yahtariq” (A Heart on Fire) in 1959.

In the late 1990s, Yousri was selected as a Member of Egypt’s Shura Council, which currently does not exist.

She was honored at numerous Egyptian and Arab festivals and was awarded an honorary Ph.D. by the Academy of Arts in 2017.