A rare 1679 violin made by renowned Italian craftsman Antonio Stradivari is headed for auction next month where it could fetch up to $11 million.

The “Hellier” Stradivarius “is the finest inlaid violin ever made by… Stradivari and one of the finest Stradivarius instruments in existence”, said auction house Christie’s which is offering the instrument as the top lot in its July 7 “The Exceptional Sale”.

Inlaid with ivory diamonds and finished with a golden varnish, the violin has a price estimate of 6-9 million pounds ($7.54-11.31 million).

Stradivari kept the instrument for 55 years, selling it in 1734 for 40 pounds to Samuel Hellier of Wombourne, England.

“I expect a lot of interest for such an instrument because it is so rare that it comes out of a museum,” violin expert and Christie’s consultant Florian Leonhard told Reuters. 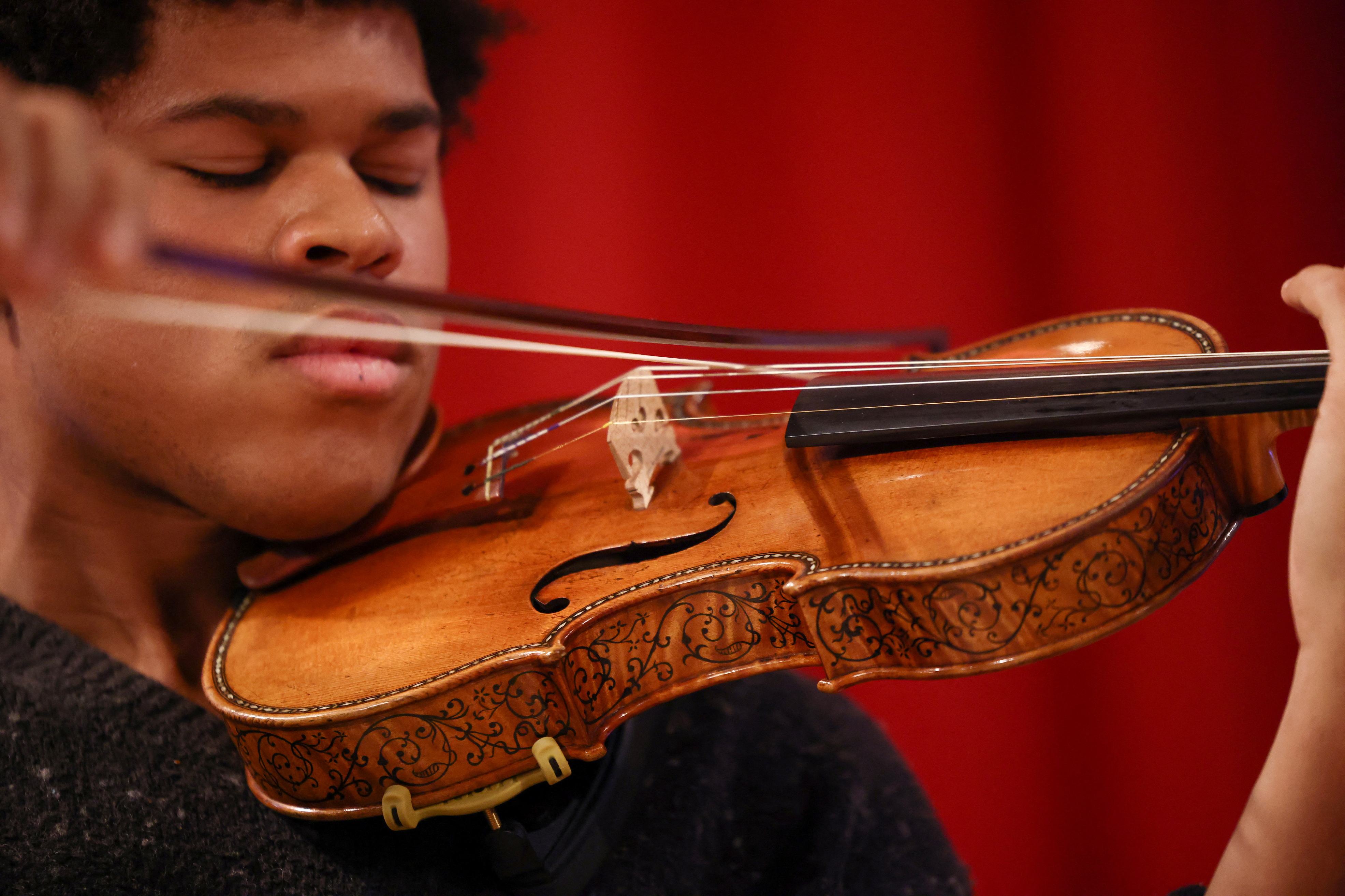 Violinist Braimah Kanneh-Mason plays the rare ‘Hellier’ violin, created by Italian luthier Antonio Stradivari in 1679, which will be offered in the Exceptional Sale at Christie’s auction house – scheduled for July 7th, in London, Britain, May 30, 2022. REUTERS/Henry Nicholls

“When can you touch a violin like this and own it? It’s incredible.”

Stradivari’s violins are known for their exquisite craftsmanship. They cost between $8 million and $20 million, according to Leonhard.

“Of the roughly 1,100 instruments Stradivari made over the course of his career, only around a dozen are embellished with decoration, and this specimen is regarded by the Smithsonian curators as the best-preserved extant example,” Christie’s said in a statement.

Violinist Braimah Kanneh-Mason played the instrument at a preview and described it as “beautiful”.

“These kinds of violins are often compared to sports cars, you have to firstly learn how to drive them, but once you learn how to manoeuvre it’s incredibly rewarding,” he said.

The contemporary artists changing the landscape of the Islamic art world