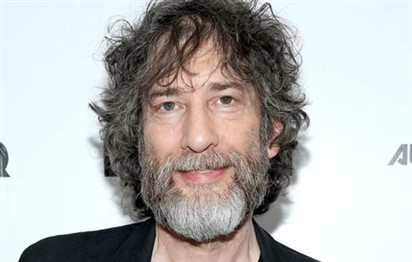 Author Neil Gaiman is among the four writers shortlisted for a substitute for this year’s Nobel Literature Prize.

The award from the New Academy was created after a scandal at the Swedish Academy, which gives the Nobel Prize.

The literature prize was suspended after a crisis over its handling of allegations against a member’s husband.

She quit, along with the academy’s head and four other members.

The Swedish Academy says it will now announce the 2018 winner along with the 2019 winner next year.

The New Academy states it was founded “to warrant that an international literary prize will be awarded in 2018” and “consists of a wide range of knowledgeable individuals”.

It will be dissolved in December.

The four shortlisted writers are among a list of 47 authors nominated by Sweden’s librarians, before voting was opened worldwide.

Gaiman is famous for his Sandman graphic novels, as well as Coraline and Stardust, which were both made into films. He has also written upcoming book Art Matters, a “creative call to arms” illustrated by Chris Riddell.

Murakami, Japan’s most internationally renowned author, is known for titles including Norwegian Wood and The Wind-Up, while Maryse Conde, one of the Caribbean’s most renowned authors, has written more than 20 novels. Her books include Desirada and Segu.

The final decision, made by an expert jury, is announced on 21 October.