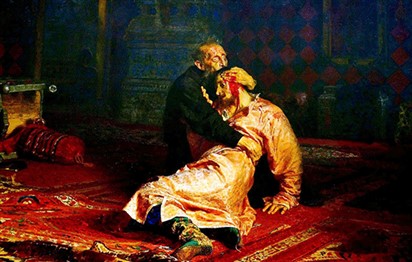 Police in Russia arrested a man on charges of vandalising a famous painting by renowned Russian artist Ilya Repin in Moscow.

Russian news reports said the man claimed he drank 100 grams of alcohol in the cafe of the Tretyakov Gallery shortly before he allegedly attacked the painting with a metal stanchion on Friday night.

The painting — titled Ivan the Terrible and His Son Ivan on November 16, 1581, depicts Russia’s first czar cradling his dying son after striking him in a fit of rage. Media reports say the suspect said he damaged the painting because he thinks it is historically inaccurate.

Russian media say Repin’s 1885 canvas received several holes, but the faces of the czar and his son were undamaged.