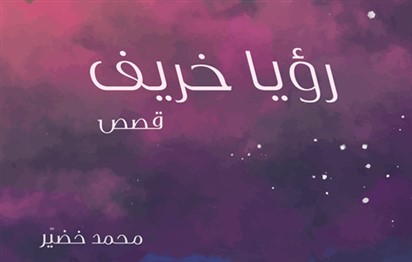 The Sultan Bin Ali Al Owais Cultural Foundation has issued a new publication within the “Winners” book series. The new book, “Autumn Visions”, is a short story collection by Iraqi author Mohammed Khodeir, winner of the Sultan Bin Ali Al Owais Cultural Award (8th session) in the “Short Story, Novel and Drama” category. The Winners Book Series is part of the Foundation’s efforts for providing Arab libraries with books by winners of Al Owais Cultural Awards that have gone out of print. The books are printed according to the latest printing standards and are aimed at promoting culture in the Arab world, as they are provided free of charge to individuals and public libraries as well as university libraries.

“Autumn Visions” includes 7 stories, namely: “Autumn Visions”, “Vision of the Tower”, “Yusuf’s Tales”, “Dama, Dami, Damo”, “Twilight Fantasies” and “The Journal of Questions”. The short stories are of different length and vary between realism and symbolism, reflecting a magical surrealist style that characterizes Khodeir’s writings, whose narratives have managed to transcend the givens of fixed literary genres and establish themselves in contemporary and modern literary trends.

It is worth mentioning that the judging panel of Al Owais Cultural Awards had mentioned in its statement about the winners of the 8th session (2002-2003) that Khodair’s writings are open to various forms of expression that are related to narrative texts, such as poetry, legend, novels, heritage tales; while touching the aesthetic side of fine arts. They also pointed out that his writings are also characterized by having the aesthetics of fine and plastic arts (such as sculpture, painting and cinema) and by a unique intensity of narrative expression that is rich in connotations and symbols. His stories work on different levels yet carry a unified and comprehensive aesthetic vision that shapes both the temporal and spatial dimensions of the narrative.