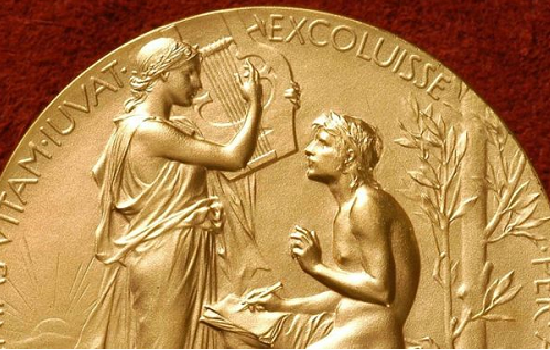 The Swedish Academy has been in crisis over its handling of allegations against the husband of a member.

She has since quit, as have the academy’s head and four other members.

The academy says it will now announce the 2018 winner along with the 2019 winner next year.

The scandal is the biggest to hit the prize since it was first awarded in 1901.

Apart from six years during the world wars, there has been only one year when the prize was not awarded. No worthy winner was found in 1935.

This year’s other Nobel prizes will go ahead as usual.

What did the academy say?

In a statement on its website, the academy said: “The present decision was arrived at in view of the currently diminished Academy and the reduced public confidence in the Academy.”

It said that the academy’s “operative practices need to be evolved”, including tackling its statutes, conflict-of-interest issues and management of information.

Some academy members had argued that the prize should proceed to protect the tradition, but others said the institution was in no state to present the award.

The #MeToo campaign, which showed the prevalence of sexual assault globally, may have played a part in the academy’s decision. It would have been difficult for potential winners to accept the prize with the academy in such turmoil.