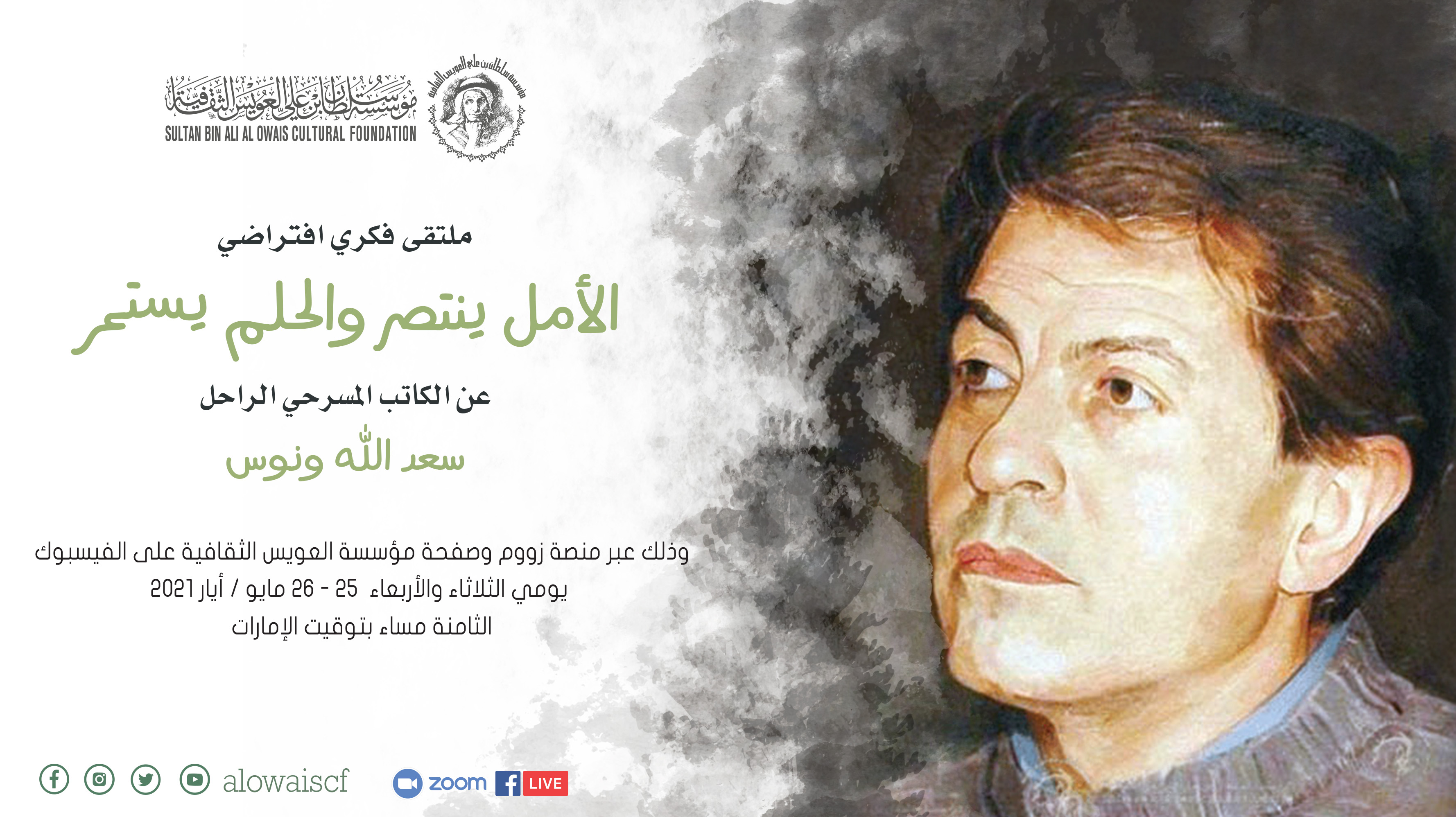 The Sultan Bin Ali Al Owais Cultural Foundation will be hosting a webinar on late dramatist Saadallah Wannous under the title of “Hope Triumphs and Dreams Persist” on Tuesday, May 25 and Wednesday, May 25, 2021. The event comes as part of the Foundation’s efforts to commemorate influential Arab innovators who have won the Al Owais Cultural Award over the years in various categories.

The webinar will see the participation of a constellation of Arab intellectuals and artists, who will present testimonials, researches and studies on the late Wannous, who won the Sultan Bin Ali Al Owais Cultural Award in its first session (1988-1989) in the Short Story, Novel and Drama category. The jury of the Award stated the following: The works of Saadallah Wannous have a clear vision of the present, both theoretically and practically, and show a complete awareness of the role drama plays in deepening the collective sense of destiny.

The webinar will be broadcasted live through the platform of the Sultan Bin Ali Al Owais Cultural Foundation on Facebook. All the testimonials, researches and studies that will be featured in the event will be published in book form by the Foundation at a later date.

It is worth mentioning that the late Saadallah Wannous is considered to be one of the most influential Syrian dramatists who have contributed to Arab theatre. He created a new form of theatre that is devoid of rhetoric. He believed in the power of words and  actions and came up with a new philosophical and existential theatre, becoming one of the key figures of a bold conscious. Some of his most daring political plays include: ‘Al Feel Ya Malik Alzaman’ (Elephant, King of All Times), 1969, ‘Al Malik Howal Malik’ (The King is the King), 1977 and ‘Rihlat Hanthala min Al Ghafla Ela Al Yaqatha’ (Hanthala’s Journey from Inattentiveness to Awareness), 1978.

Noon Art Award is back with the theme ‘After the Rain’