The Board of Trustees of the Sheikh Zayed Book Award has expressed its regret at German philosopher Jurgen Habermas’ decision to retract his acceptance of the award but respects it.

The award embodies the values of tolerance, knowledge and creativity while building bridges between cultures, and will continue to fulfil this mission.

Habermas said on Sunday he would not accept a high-priced literary award from the United Arab Emirates, reversing an earlier decision.

The 91-year-old told the German news site Spiegel Online that “I declared my willingness to accept this year’s Sheikh Zayed Book Award. That was a wrong decision, which I correct hereby.” 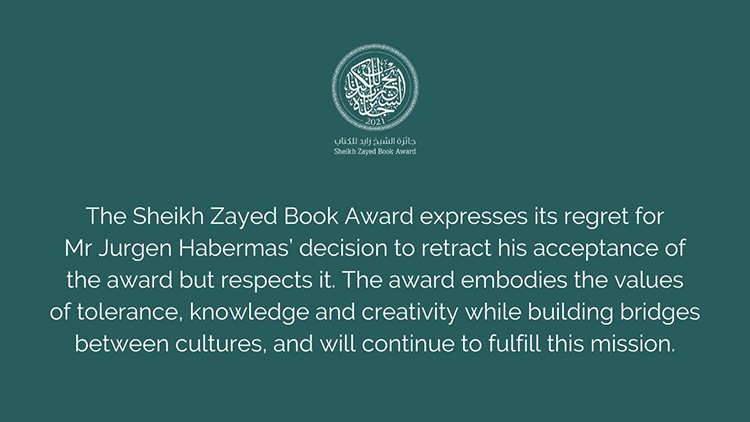 The homepage of the Zayed Book Award says Habermas was named “‘Cultural Personality of the Year’ 2021 in recognition of a long career that extends for more than half a century.”

The list of winners was submitted by the Award’s Scientific Committee.