The 27th edition of the Cairo International Festival for Experimental Theatre has been launched in presence of many renowned Egyptian theatre figures, with an official ceremony taking place at the stage of the National Theatre.

Among the figures attending the opening was Culture Minister Ines Abdel Dayem; the festival’s president, Alaa Abdel Aziz; the honorary president, Fawzi Fahmy; former director of Hanager Theatre, Hoda Wasfi; actresses Samiha Ayoub and Sawsan Badr; as well as a number of playwrights, artists and representatives from the culture ministry.

The opening ceremony was broadcast live through satellite channels, available to dozens of Arab and international audiences.

The festival’s 27th edition is dedicated to Sanaa Shafaei, the late actor, director and academic at the Higher Institute of Theatrical Arts, who passed away on 11 August this year.

Running until 11 September, this year the festival will present 13 Egyptian plays across Cairo theatres in addition to 18 international plays screened online. 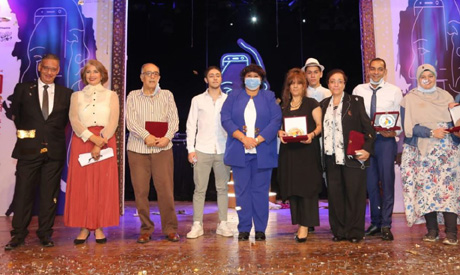