The organisers of the Cairo International Film Festival (CIFF) have called on Arab filmmakers to submit to the 42nd edition’s co-production market — the Cairo Film Connection — open until 4 August 2020 via the festival’s website.

“The festival strives to support and champion new and exciting voices of which there is a huge pool in the Arab world. Working together with our partners and sponsors we are looking to expand our support during the 42nd edition,” stated CIFF’s president, writer-producer Mohamed Hefzy, Monday.

Only feature-length fiction or non-fiction in development or post-production, directed by filmmakers of Arab nationality or origin who have directed a minimum of one short or long film, are eligible for submission.

Part of Cairo Industry Days, Cairo Film Connection is running for its third year in partnership with Arab Cinema Centre, bringing professionals for a programme of masterclasses, panel discussions, and events “designed to inspire, highlight and support filmmaking talent from the region”. 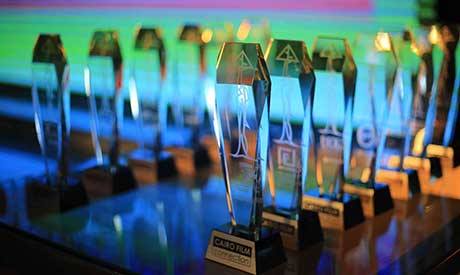 Last year, Cairo Film Connection provided financial support of over $200,000 to filmmakers in addition to exclusive access to leading international and regional professionals to help them develop their projects.

“Cairo Industry Days has an even more crucial role to play this year due to the global pandemic. Many international film events, which play an important role in supporting films, have been modified or postponed,” head of Cairo Industry Days Aliaa Zaky explained.

CIFF, is the only festival in Africa and the Middle East to be accorded category “A” status by the International Federation of Film Producers Associations (FIAPF) in Paris, has earlier confirmed holding its 42nd edition from 19 to 28 November under strict precautionary measures.

“The Covid-19 crisis has had a huge impact on the filmmaking industry, and programmes like the Cairo Film Connection are more important than ever as we face unprecedented new challenges,” Hefzy said.

“Arab Girl” a spark that glowed since beginning of light, shone when light had prevailed: Sheikha Fatima