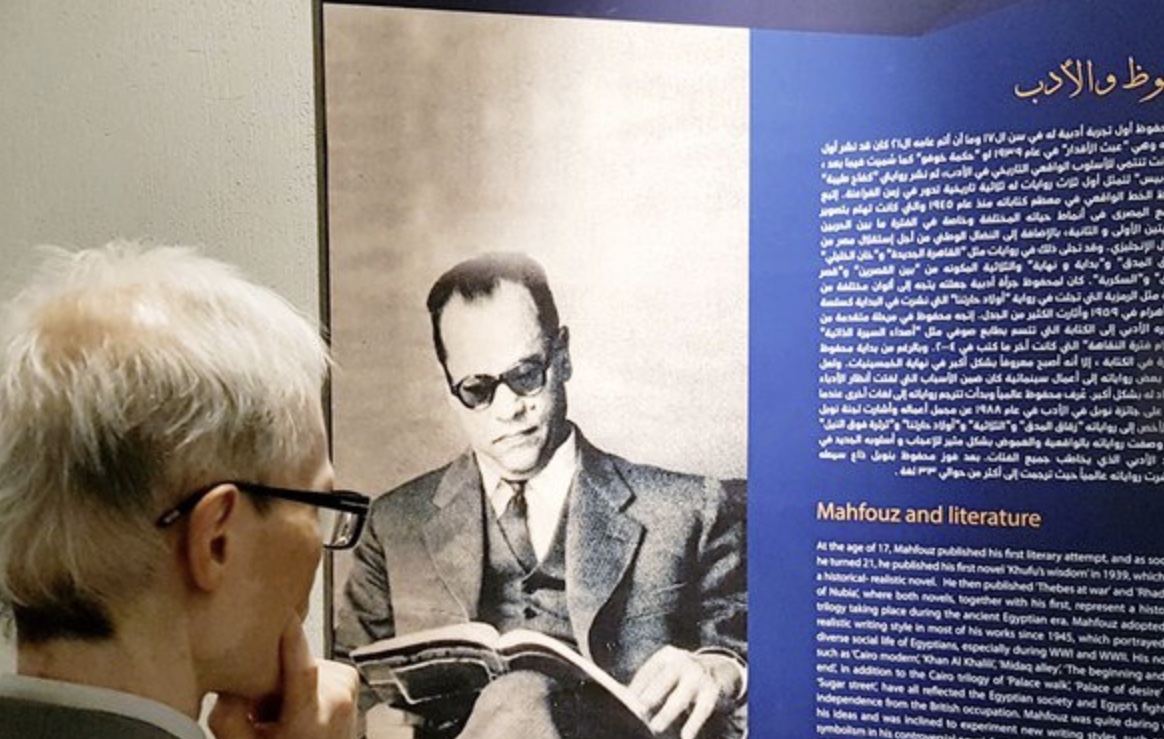 A museum commemorating the life and works of Egyptian novelist Naguib Mahfouz has opened in Cairo, nearly 13 years after the Nobel laureate’s death.
The Naguib Mahfouz Museum and Creativity Centre houses the belongings and personal library of Mahfouz, who won the 1988 Nobel Prize for Literature — the only Arab to do so.
The center, in a redeveloped building dating back to 1774, had been planned for years but had been delayed by financial and other issues.
“I hope this museum becomes a center of cultural radiation and a tourist attraction,” Egyptian Culture Minister Inas Abdel Dayem said at the opening ceremony.
The two-storey building in Cairo’s Gamaliya district is near to where the author was born and the area was the inspiration for many of his stories and characters.

I hope this museum becomes a center of cultural radiation and a tourist attraction.

As well as displaying some of his personal belongings and handwritten texts, the museum includes a hall containing all his works, in modern and old editions, as well as seminar rooms, an audiovisual library and a library housing research and studies on Mahfouz’s works. His Nobel medal, however, is not on display and remains with his family.
Mahfouz’s daughter Umm Kulthum, who attended the opening, said she was happy that the dream of building the museum had been realized “after years of waiting.”