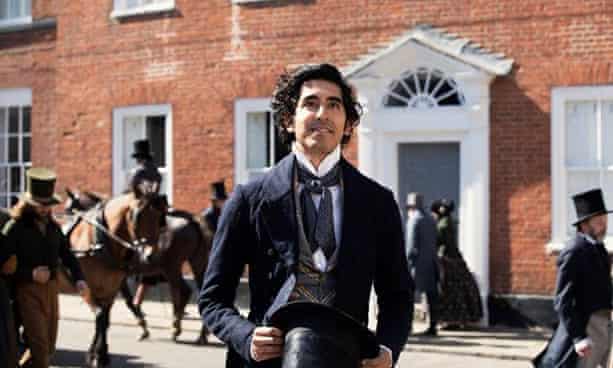 Dickens adaptation starring Dev Patel alongside Tilda Swinton, Hugh Laurie and Peter Capaldi will have its European festival in capital in October

The Personal History of David Copperfield, Armando Iannucci’s adaptation of the Charles Dickens classic, is to open this year’s London film festival. The film will have its European premiere at the festival, indicating a world-first screening in Toronto at the start of September.

The film is billed as a “fresh take” on Dickens’ epic autobiographical tale of one young man’s journey into adulthood, juggling his ambitions to become a writer with his conscience about poverty in Victorian London and his duty of care towards his eccentric aunt.

Published in serial form between 1849-1850, the book, whose full title is The Personal History, Adventures, Experience and Observation of David Copperfield the Younger of Blunderstone Rookery (Which He Never Meant to Publish on Any Account) was described by Dickens as his personal favourite.

Patel, who rose to fame in TV series Skins and as the lead in Danny Boyle’s Slumdog Millionaire (2008), takes the leading role, with Swinton as his aunt, the donkey-chasing Betsey Trotwood, and Ben Whishaw as Uriah Heep – one of Dickens’s most obsequious and most memorable characters.

Said Iannucci: “It’s a huge thrill and honour to be asked to open the fantastic BFI London film festival. The Personal History of David Copperfield is a film about compassion, humour, generosity and friendship, and I couldn’t have asked for a more welcoming setting in which to premiere it.”

Tricia Tuttle, the director of the festival, added that the film “shows [Iannucci’s] trademark wit and a joyous sense of style – it’s a delight from start to finish, with Dev Patel and co-stars delivering performances of megawatt charm and comic flair. I’m so excited to be opening the 63rd BFI London film festival with this film which is not only wildly entertaining but also a timely celebration of the power of generosity and compassion.”

Iannucci’s previous big-screen credits include In the Loop and The Death of Stalin. His long-running political comedy, Veep, recently concluded on HBO, while a forthcoming show, sci-fi satire Avenue 5, is currently in production. Last week the studio outside London where it is shooting suffered a fire, damaging some of the sets.

David Copperfield has been made for film eight times previously, as well as three times for television, most recently on the BBC in 1999, starring a pre-Harry Potter Daniel Radcliffe. Patel’s hire – along with that of fellow actors Benedict Wong, Rosalind Eleazar and Nikki Amuka-Bird, has already been applauded as a progressive step in colour-blind casting.

“Armando always knew he wanted Dev,” the film’s producer, Kevin Loader, told the Guardian. “Once you realise that, then you’re making a statement about the fact that you’re going to cast actors who are capable of embodying the character as perfectly as possible, regardless of their ethnicity.”