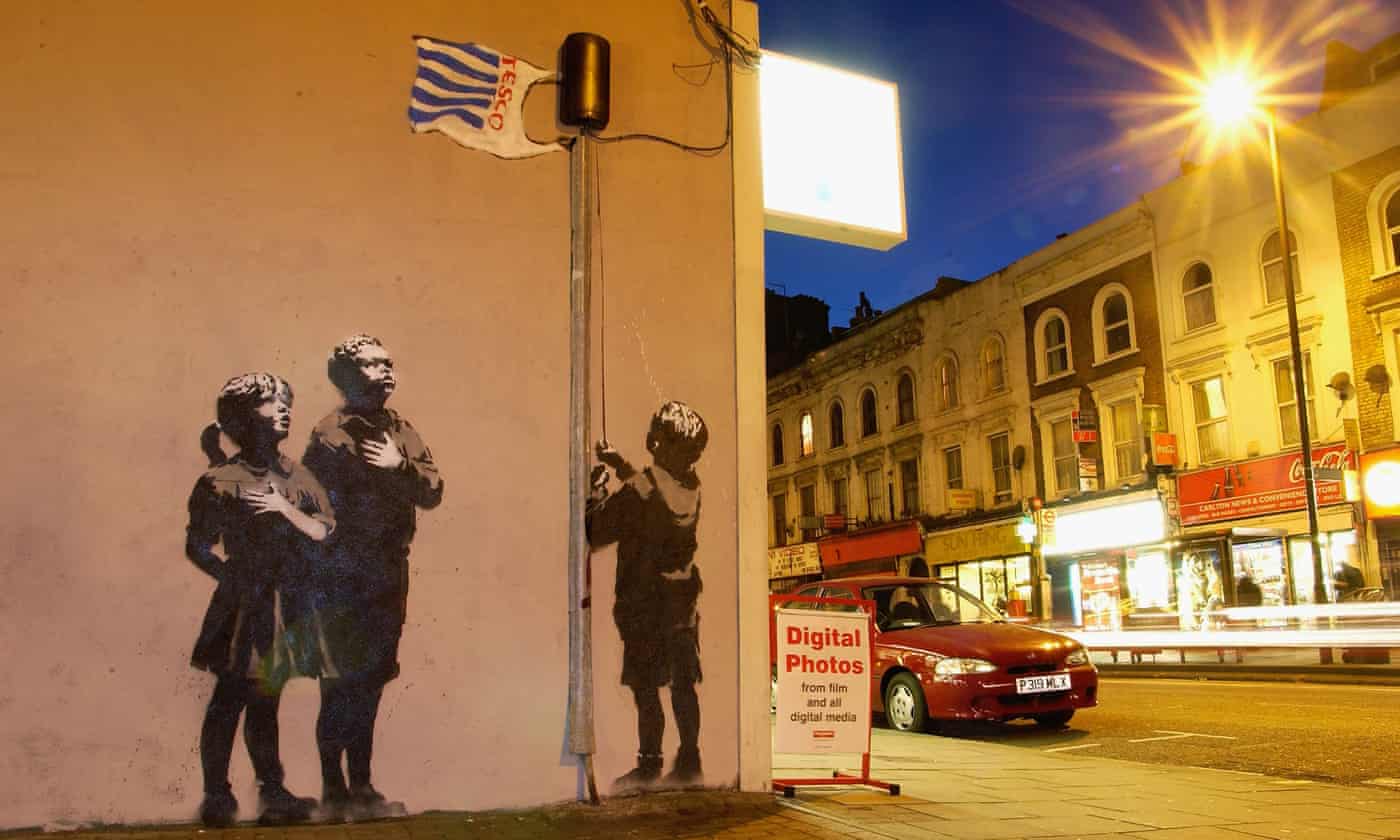 The anthropologist Marcel Mauss believed gift-giving is at the heart of human interaction. He might have seen the success of Banksy as proof, for Banksy is nothing if not giving. You never know when he might leave a mural on a garage wall in south Wales or in support of Extinction Rebellion. And as Mauss predicted, these gifts are reciprocated – in this case with a love that passeth all understanding. I don’t just mean he’s more popular than Damien Hirst or Grayson Perry. According to a poll reported in the Sun, the secretive stenciller is “Brits’ favourite painter of all time … beating greats such as Leonardo da Vinci, Vincent van Gogh, Rembrandt and Monet.”

It is a vote that says more about us than it does about those dead artists. A meaningful comparison between Banksy and Van Gogh can only be made a century or so from now when he is part of history. Will his works endure as Van Gogh’s do? That is the only test of greatness in art. And it is one Banksy is unlikely to meet simply because his art is so pointed and current. In 100 years, will his union flag stab-proof vest worn by Stormzy at Glastonbury be anything more than a relic of pop history? Seems unlikely. But you can look at Rembrandt’s portrait of his lover Hendrickje Stoffels and her eyes pierce your soul, more than 300 years after artist and model died.

The mystery is why this needs saying. We discriminate all the time between what works for us, now, and what constitutes an enduring monument of humanity. I really enjoy Stranger Things but you would laugh if I claimed the Duffer Brothers are greater dramatists than Sophocles. Yet somehow it is not risible to claim Banksy’s flat, crude images, which take a second to assimilate, are richer and more satisfying artworks that an infinitely subtle drawing by Leonardo.

What this poll really tells us is that “high art” alienates the public more than other cultural forms. Crowds hang on Shakespeare’s words at the Globe. But art museums and “experts” are terrible at communicating the human power of great art. From Antiques Roadshow to Sotheby’s – a lot of talk seems motivated by money anyway. Even Leonardo is now tainted with money madness, since his Salvator Mundi set a world record at auction.

Then along comes an artist who, just as one of his paintings is sold at Sotheby’s, triggers a hidden shredder that destroys it before the eyes of the art world. Banksy is no Rembrandt, but you have to love him.

Notebooks of the Bookseller wins 2021 International Prize for Arabic Fiction2021