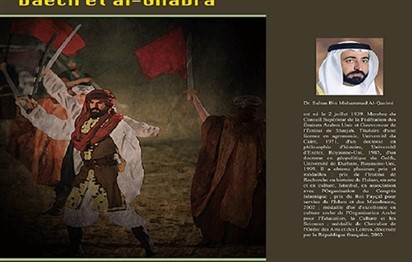 Dr. Sultan Al Qasimi Centre for Gulf Studies (dara) revealed that the play “Daesh wal Ghabra”, which was published as part of the plays of His Highness Sheikh Dr. Sultan bin Mohamed Al Qasimi, Supreme Council Member and Ruler of Sharjah, will soon see light in French prompted by the increasing demand for the epic play by European universities and institution specialised in drama.

The play was translated from Arabic into French by the Moroccan researcher Fatima Zahra Al Sagheer, and linguistically revised by Dr. Jawad Duwairi. The play is expected to be published soon and be ready to participate in international book fairs.

On the other hand, the Dara will soon publish the Spanish version of His Highness the Ruler of Sharjah’s book “Bibi Fatima and The King’s Sons”. This aims to make these precious publications available to readers, intellectuals and writers in these countries. Margarita Moreno translated the book from English into Spanish.