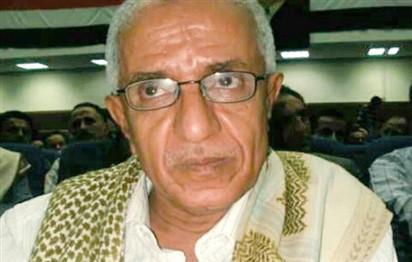 Yemeni poet and journalist Farid Barakat has passed away on Saturday, June 8, 2019. Barakat is considered one of the most recognized poets and journalists in Yemen and is also known for his work in the field of politics. Moreover, he is one of the founders of the Yemeni Writers’ Union and the Yemeni Journalists’ Association in Aden.

It is worth mentioning that Farid Barakat obtained his secondary education in Aden before moving to Cairo to study at the Faculty of Arts, Cairo University, from which he graduated in 1968.

He was Editor in Chief of ‘Al Thaqafa Al Jadeeda’ magazine, which was established in Yemen in 1970. Among the positions he held was Deputy Minister of Culture, Head of Aden Television, Vice Head of the International Committee for Media, Radio and Television Affairs and Head of the Culture and Tourism Ministry Bureau among many others.

Secretary General of the Arab Writers’ Union, UAE poet and journalist Habib Al Sayegh sent a telegram of condolences to Chairman of the Yemeni Writers’ Union Dr. Mubarak Salmeen, lamenting the departure of veteran Yemeni journalist and poet Farid Barakat (1946-2019) who passed away after a struggle with illness.

The late Barakat was known for his lyrical poetry, which he wrote in the vernacular and his poems were published in Yemeni and Arab newspapers and magazines. Many of his poems were made into songs and performed by Arab singers and he has authored seven poetry collections which have not been printed.