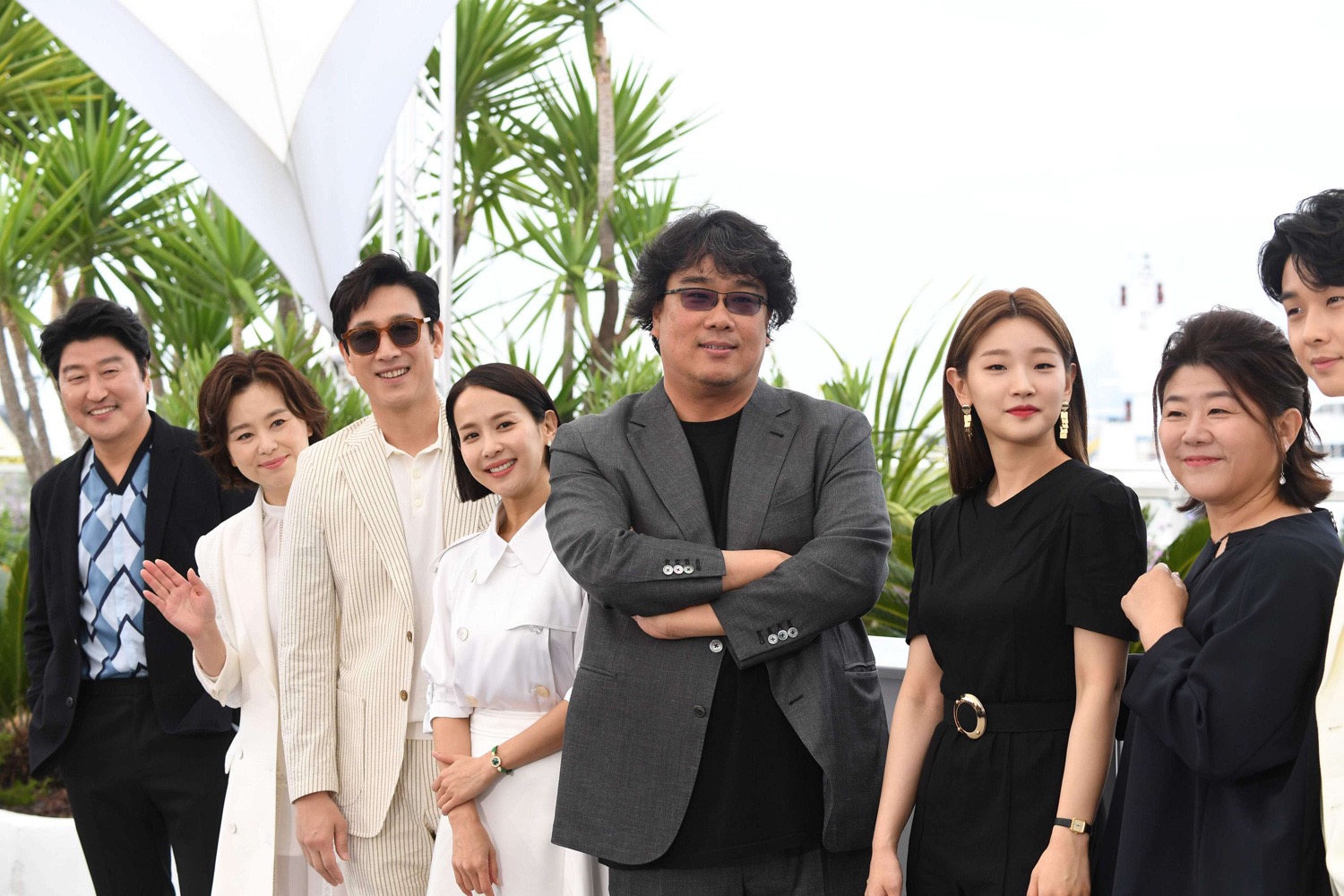 South Korean director Bong Joon-ho’s social satire “Parasite,” about a poor family of hustlers who find jobs with a wealthy family, won the Cannes Film Festival’s top award, the Palme d’Or, on Saturday.
The win for “Parasite” marks the first Korean film to ever win the Palme. In the festival’s closing ceremony, jury president Alejandro Inarritu said the choice had been “unanimous” for the nine-person jury.
The genre-mixing film had been celebrated as arguably the most critically acclaimed film at Cannes this year and the best yet from the 49-year-old director of “Snowpiercer” and “Okja.”
It was the second straight Palme victory for an Asian director. Last year, the award went to Japanese filmmaker Hirokazu Kore-eda’s “Shoplifters.”
Two years ago, Bong was in Cannes’ competition with “Okja,” a movie distributed in North America by Netflix. After it and Noah Baumbach’s “The Meyerowitz Stories” — another Netflix release — premiered in Cannes, the festival ruled that all films in competition needed French theatrical distribution. Netflix has since withdrawn from the festival on the French Riveira.
The festival’s second place award, the Grand Prize, went to French-Senegalese director Mati Diop’s “Atlantics.” Diop was the first black female director in competition at Cannes.
Belgian brothers Jean-Pierre and Luc Dardenne shared the best director for “Young Ahmed.”
Best actor went to Antonio Banderas for Pedro Almodovar’s “Pain and Glory,” while best actress was won by British actress Emily Beecham for “Little Joe.”
Although few quibbled with the choice of Bong, some had expected Cannes to make history by giving the Palme to a female filmmaker for just the second time.
Celine Sciamma’s period romance “Portrait of a Lady on Fire” was the Palme pick for many critics this year, but it ended up with best screenplay.
In the festival’s 72-year history, only Jane Champion has won the prize in 1993, and she tied with Chen Kaige’s “Farewell My Concubine.”