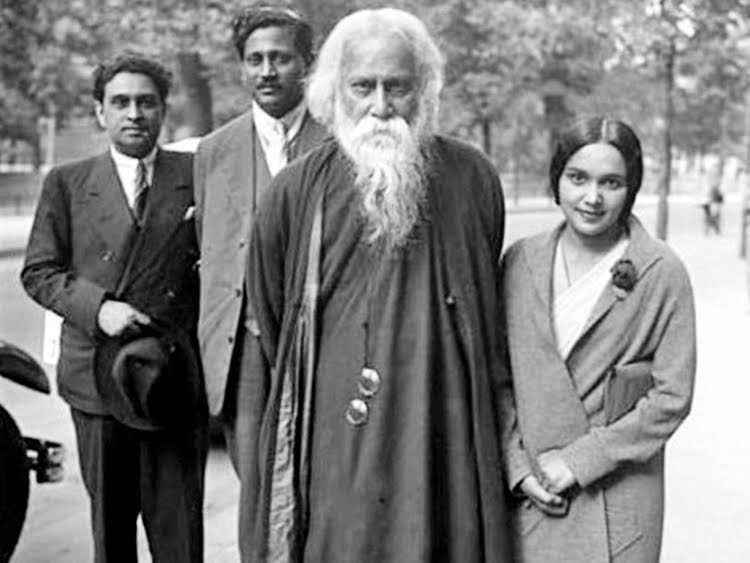 On the 158th anniversary of the bard, Dr Shihab Ganem shows how poetry can link cultures

His love for poetry had taken him on a trek of a bustling north Kolkata neighbourhood years ago: To Jorasanko Thakurbari — the birthplace of Nobel laureate Indian poet Rabindranath Tagore.

And on his next visit to India, Emirati poet Dr Shihab Ganem intends to continue with that exploration some 170-odd kilometres beyond Kolkata to Santiniketan, where the bard had founded his open university called Vishwa Bharati.

For Dr Ganem, a career technocrat, mapping the footprints of great poets and poetics is second nature.

His translations of myriads of works by well-known poets from the world over and across diverse cultural landscapes bear testimony to his quest for literary excellence in general and his pursuit of poetic genius in particular.

Himself a celebrated Arabic poet, whose works have been translated into 18 different languages, Dr Ganem is a rich repertoire of tales of cultural bonding through exploration of verse.

It is little wonder, therefore, that Ganem was fascinated by Tagore’s works and went on to translate one of the bard’s most popular compositions — the song ‘Jodi tor daak shuney keu na ashey tobey ekla chalo re’ (If none heeds your call, then go it alone) — into Arabic.

Tagore’s collection of poems called Geetanjali, which won him the Nobel Prize in Literature in 1913, has been analysed, dissected and critiqued the world over for decades.

While Tagore himself was very open to western thought and influence on the performing arts — as some of the songs composed by him bear testimony — the West has traditionally been rather economical in its appreciation and even sceptical in its analysis of this popular Indian bard.

Someone like W.B. Yeats, who was voluble in his praise of the English translation of Tagore’s works, was extremely caustic in his comments on the poet in later years.

The West even went to the extent of doubting the efficacy of conferring the Nobel on Tagore!  However, so far as Dr Ganem is concerned, he strongly refutes such criticism of Tagore.

Speaking to Gulf News recently, the acclaimed Emirati poet said: “Tagore fully deserved his Nobel. I was initially not very keen on concentrating on Tagore’s works because he was such a celebrated poet, whose works had already been translated widely. But then having read his creations, I felt that I couldn’t certainly have missed Tagore! His poetry is so rich and so wonderful that I simply loved translating his works.”

But for someone with a double engineering degree, isn’t it a bit unusual to have found such an unusual vocation in poetry?

Reacting to the query, Dr Ganem said: “Poetry kept me company during all those gruelling years as a student of engineering and later on during my days of management studies. In between working on some tough engineering problems, which had been given to me as part of a day’s homework, I would read a couple of poems to refresh my mind.

“What helped me along in this journey was my association with my father, Mohammad Abduh Ganem, who was himself an accomplished poet.”

On being asked how Tagore struck a chord, Ganem said that it had a lot to do with his readings of Rubaiyat of Omar Khayyam — the name given by Edward Fitzgerald to his translations from Arabic to English to a set of poems composed by Omar Khayyam.

From engineering to poetry

“I found this particular work quite fascinating. Much later, after I had done my graduation in engineering and went on to complete my PhD, I gradually started taking a very keen interest in translating poetry composed in other languages, into Arabic.

“Thereafter, I won several awards from India for my translations, including the Tagore Peace Award, which I won in 2013.”

His love for poetry led Dr Ganem to a rich repertoire of world literature, cutting across cultural and linguistic barriers. And that was how he came to know about Tagore’s works and developed a liking for it, which finally led him to translate the popular Rabindrasangeet (song written and composed by Tagore), Ekla chalo re.

As part of ‘The Poetic Heart’ festival, which Dr Ganem had initiated in 2011, he decided to translate one of the songs composed by Tagore, into Arabic.

This was part of a collaboration which he had with Dev Chakraborty, a classical vocalist from India, and Moroccan opera singer Jenine Bensouda.

“I translated the beautiful lyrics of this Tagore song [‘Ekla chalo re’] into Arabic, retaining the same tune and rhythm as in the original. It was truly fascinating how we could use the Arabic language to convey the same meaning as in a well-known Bengali song, keeping the original tune unchanged.

“Dev sang the song in Bengali while Jenine lent her voice to my Arabic translations of the song and it turned out to be something unique. This was a very interesting development and I hope to be a part of many more such collaborations in the future,” Dr Ganem commented.

Dr Ganem’s translations of the works of Tagore and various other poets from around the world yet again highlight how synergy of cultures can be achieved seamlessly.

“It’s like building a cultural bridge. I have always been a very ardent follower of Arabic poetry, which is so very rich in terms of its use of language, imagery and so on.

“However, I didn’t stop at that and started taking a keen interest in poetry written in other languages. That is how I came to know about poetry that flourished in the Malayalam language in India in the early 20th century and until this day and I found it very interesting.

“So I went ahead and selected poems from across cultures and languages that were of international value. Such poetry has a universal appeal. In fact, I coined this expression ‘poetry that crosses barriers’ — that is what I tried to do through my translations,” he said.

Reacting to a query on what, according to him, was the biggest challenge in translating something that had been originally composed in a language that one wasn’t familiar with, Dr Ganem referred to Arabic literary writer-critic Al Jahiz.

“He had once famously said that poetry is untranslatable. But I do not quite agree with that observation because I have always believed — more so, during my readings of Rubaiyat of Omar Khayyam — that poetry can be translated and translated meaningfully.

“And there are some poems, which, when translated, can help languages and cultures ‘cross barriers’ and I have concentrated on such works.”

To illustrate the point further, Dr Ganem once again drew allusions to Tagore’s Ekla chalo re.

“Any poetry or song has a certain rhythm and cadence, which are not easy to retain when it is being translated into some other language. The most difficult part is when you have a song like the one composed by Tagore’s [Ekla chalo re …]. It had a set tune, a rhythm that was already hugely popular. Converting that into an Arabic rendition was a huge challenge.”

While Dr Ganem’s love for poetry made him explore newer pastures through a Tagore or a Fitzgerald, not too many from the current generation would be as enterprising.

So how can poetry be made to hold its allure for the younger generation that is so engrossed in social media and all things internet?

“Present-day school curricula in most of the Arab world do not include enough good poetry. Initiatives such as ‘The Poetic Heart’ can play a crucial role in ensuring greater engagement among a young audience so far as writing and reading poetry are concerned,” he said.

Profile: Dr Shihab Ganem
■ Born: 1940.
■ Nationality: Emirati
■ Engineer by profession; poet and translator.
■ Holder of a double engineering degree in electrical and mechanical engineering from Aberdeen University, Scotland.
■ Holder of Masters of Engineering degree from Roorkee University, India.
■ Fellow of the Institute of Management, United Kingdom.
■ First Arab poet to win The Tagore Peace Award in 2012 in Kolkata.
■ Cultural Personality of the Year, 2013.
■ International Best Translator of the Year, 2014.
■ Has published more than 80 books.
■ Has more than 24 volumes of translations of his work from English to Arabic and Arabic to English.
■ Has 16 poetry books to his credit.
■ Poetry written by him has been translated into 18 languages.
gulfnews

Cuban artist sketches under the sea among fish and coral reefs