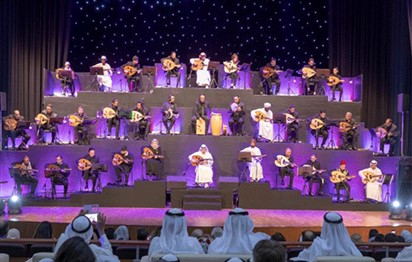 The two-day music festival is being organised by the Fujairah Fine Arts Academy at the Ministry of Culture and Knowledge Development.

The crown prince also opened an exhibition for oud-making in the Arab and Islamic countries and honoured sponsors of the event, and several veteran Arab oud players.

Oud performers entertained the audience with classic and modern melodies.

‘Missing Picasso’ found in Romania may be hoax – media