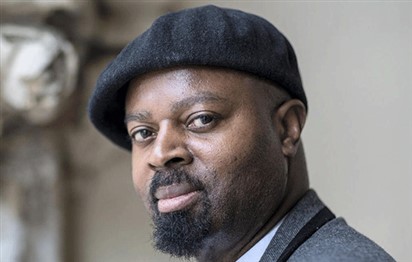 Ben Okri, Saroo Brierley and Ziauddin Yousafzai are among the authors set to attend the capital’s book fair

The Abu Dhabi International Book Fair is one of the capital’s biggest cultural events, with renowned authors flocking in from across the globe to mingle with literature-lovers and industry professionals from the UAE, the region and the world.

For its 29th iteration, which runs at the Abu Dhabi National Exhibition Centre from April 24 to 30, a star-studded list of authors has been announced. This includes Ben Okri, Saroo Brierley, whose memoir inspired the film Lion, and Ziauddin Yousafzai, the father of Nobel Prize laureate Malala Yousafzai.

Eugene Rogan, author of The Arabs: A History, novelist Brandy Scott and the winners of this year’s Sheikh Zayed Book Awards will also be present.

Three new zones will also be introduced: the E-Zone, where visitors will be able to explore the latest technology in the field; Comic Corner, which is dedicated to the DC Comics character Aquaman, is where screenings and workshops will take place; and an Entertainment Zone, featuring food and music from different cultures from around the world.

“We are continually moving towards a knowledge-based economy, seeking to create a culture of intellectualism and expertise here in the UAE,” said Saif Saeed Ghobash, undersecretary at the Department of Culture and Tourism – Abu Dhabi, during a press conference at Manarat al Saadiyat. “This year’s Abu Dhabi International Book Fair will have a tangibly strong and positive impact, enhancing the capital’s position at the heart of the world as an open platform for cultural and intellectual exchange.”

Abdullah Majed Al Ali, acting executive director of Dar Al Kutub (the National Library Sector) at DCT – Abu Dhabi, added: “Publishers from around the world have the opportunity to present their work, interact with their audiences, and discover the newest developments and innovations in the industry. Writers have the chance to promote their work and partake in valuable networking opportunities, while literary enthusiasts can snap up the latest books and products, meet their favourite authors, and participate in in-depth practical workshops.

“I am especially pleased that our high calibre of global participants, along with strong programming, has helped to attract even more new publishers this year, from countries that are coming to the fair for the first time.”

The Guest of Honour is India, which has been reflected in the programming, as it seeks to celebrate the country’s culture.

Smita Pant, a representative of the Indian Embassy in the UAE, said: “India enjoys very strong relations with the UAE and this partnership is reflective of the historical ties we enjoy with the Arab world.

“We will be bringing a delegation of more than 100 members with us, including publishers, literary critics and authors, and India will also have the biggest pavilion at this year’s event.”

For the full line-up of speakers and more information, visit www.adbookfair.com