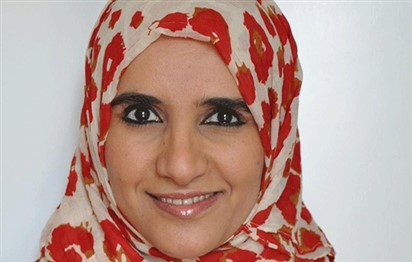 A total of 108 books in 25 languages were considered for this year’s Man Booker International Prize, and now that’s been trimmed down to six outstanding novels in five languages – Arabic, French, Spanish, German and Polish – that will be put forward for the prestigious awards and the £50,000 prize pot, which will be split between the author and translator.

Among them is Jokha Alharthi’s Celestial Bodies, a story that’s set in the village of Al Awafi, Oman. Alharthi is first author from the Arabian Gulf to be nominated for the Man Booker International Prize.

Celestial Bodies follows three sisters who have watched their home country evolve from a more traditional society that redefines itself after the colonial era and enters a complex present. The book, Alharthi’s second novel, was originally released in 2010 in Arabic, and has since been translated by Marilyn Booth and republished in English in 2018.

The longlist also included Palestinian-Icelandic writer, poet, translator and journalist Mazen Maarouf, for his Jokes For The Gunmen, although his book did not make the shortlist cut.

Five out of the six authors shortlisted are female, and all of the translators nominated are women. The female-dominated shortlist was not intentional, says historian Bettany Hughes, who is the chair for the panel of judges. She said it was a “happy byproduct” of “very ungendered discussions”.

Other shortlisted authors include: French novelist Annie Ernaux, for her autobiographical work The Years, translated by Alison L. Strayer; German writer Marion Poschmann, for The Pine Islands, which sees a lecturer follow in the footsteps of a poet through the pine islands of Matsushima, Japan, translated by Jen Calleja; Polish writer Olga Tokarczuk, for Drive Your Plow Over The Bones Of The Dead, translated by Antonia Lloyd-Jones, and which offers a thought-provoking twist on your regular crime thriller; and Chilean-Italian Alia Trabucco Zeran, for The Remainder, which was translated by Sophie Hughes, a tale of three children of ex-militants in Chile who take a road trip when their mother’s body gets lost in transit.

The only man on the shortlist is Juan Gabriel Vasquez, from Colombia, who wrote The Shape Of The Ruins, translated by Anne McLean, which sees the author dragged into a conspiracy about the assassination of an up-and-coming politicians and JFK-like figure in 1948.

Meanwhile, the shortlist is also dominated by independent publishers, rather than big conglomerates, with two books from Fitzcarraldo Editions, and one each from Sandstone Press, Profile Books and Serpent’s Tail.

Hughes said of the shortlisted novels: “Wisdom in all its forms is here. Unexpected and unpredictable narratives compelled us to choose this vigorous shortlist. Subversive and intellectually ambitious with welcome flashes of wit, each book nourishes creative conversation. We were struck by the lucidity and supple strength of all the translations.”

The Handmaid’s Tale makes an impactful entrance at SIBF 2018