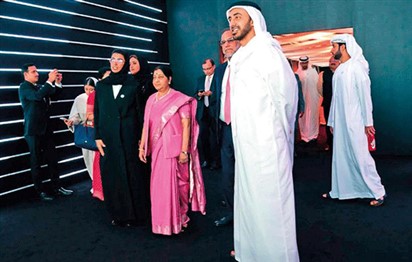 It had soft-launch on December 4 in presence of Shaikh Abdullah Bin Zayed, Sushma Swaraj

The digital exhibition reaffirms the historical ties and shared values of peace, tolerance and sustainability between the UAE and India.

The museum was soft-launched on December 4, 2018 by Shaikh Abdullah Bin Zayed Al Nahyan, Minister of Foreign Affairs and International Cooperation, and Sushma Swaraj, External Affairs Minister of India. Swaraj was on an official visit to the UAE in early December.

Winners of Nile Awards for Literature, Arts and Social Science Announced in Egypt