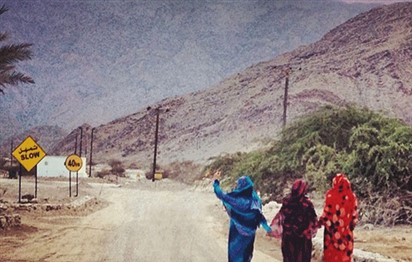 The 13 longlisted books have been translated from nine languages, hailing from 12 countries across three continents

The longlist for the Man Booker International Prize 2019, which was announced last night, includes two Arabic-language novels: Celestial Bodies by Omani writer and academic Jokha Alharthi and Jokes For The Gunmen by Palestinian-Icelandic writer, poet, translator and journalist Mazen Maarouf.

Overall, there are 13 books that have been longlisted. These have been translated from nine different languages, and hail from 12 different countries across three continents.

More than half of the authors shortlisted are women, and the list is also dominated by independent publishers. Only two books come from larger publishing conglomerates.

The top prize is awarded every year for a single book, which is translated into English and published in the UK and Ireland. Authors and translators are considered to be equally important, with the £50,000 (Dh240,000) prize purse being split between them. Additionally, each shortlisted author and translator will receive £1,000 (Dh4,800).

A total of 108 books were considered by the judges.

This year, there was a panel of five judges, chaired by the award-winning historian, author and broadcaster Bettany Hughes. Others include Maureen Freely, who is chair of the English PEN – the founding centre of worldwide writers’ association PEN International – philosopher Professor Angie Hobbs, novelist and satirist Elnathan John, and essayist and novelist Pankaj Mishra.

On this year’s list, Hughes commented: “This was a year when writers plundered the archive, personal and political. That drive is represented in our longlist, but so too are surreal Chinese train journeys, absurdist approaches to war and suicide, and the traumas of spirit and flesh. We’re thrilled to share 13 books which enrich our idea of what fiction can do.”

The shortlist of six books will be announced on April 9, while the winner of the 2019 prize will be revealed at a dinner in London on May 21.

Here’s the full list of longlisted authors in the Man Book International Prize 2019:

Plot: Set in the village of Al Awafi, Oman, Celestial Bodies tells the story of three sisters, who watch their home country evolve from a more traditional society that redefines itself after the colonial era and enters a complex present.

Judges’ thoughts: “A richly imagined, engaging and poetic insight into a society in transition and into lives previously obscured.”

Book: Love In The New Millennium

Plot: A group of women inhabit a world of constant surveillance, where conspiracies abound. Some try to flee. Others seek out refuge of Nest County. Each life is circumscribed by buried secrets and transcendent delusions. It’s all set against a backdrop drawn from East and West of commerce and industry.

Judges’ thoughts: “Jolts the reader from the real to the surreal. A meditative experience that opens up a fever dream of contemporary Chinese writing.”

Plot: This book spans the period from 1941 to 2006, telling stories through the lens of memory, impressions of past and present, photos, books, songs, radio, television, advertising and news headlines. A new kind of autobiography emerges that’s both subjective and impersonal, private and collective.

Judges’ thoughts: “An elegant portrait of an age; a much needed riposte to the ever-narrowing trajectory of auto-fiction.”

Plot: Protagonist Park Minwoo was born into poverty in Seoul, and yet became the successful director of a large architectural firm. But when his company is investigated for corruption, he’s forced to reconsider his role in the transformation of his country.

Book: Jokes For The Gunmen

Plot: In the vein of Roald Dahl, Etgar Keret and Amy Hempel, this is a collection of fiction; stories of what the world looks like from a child’s innocent but muddled perspective. They’re of life in a war zone, peppered with mistakes, accidents and painful encounters.

Judges’ thoughts: “A beautifully textured and absurdist gaze on human inventiveness and defiance in the midst of war’s traumas.”

Plot: Our narrator remembers the harsh winter of 1919, fighting in the Russian Civil War on the Romanian front. He and his three closest friends set up camp in the forest, and discover a pond where they can rest. It’s a short novel about friendship and moments of happiness that illuminate the darkness.

Judges’ thoughts: “An oblique, deceptively simple evocation of friendship and resilience in the Russian Civil War, which builds to a haunting tribute to lives carelessly cast aside.”

Plot: A playful but moving story, The Pine Islands tells the story of Gilbert Silvester, a journeyman lecturer who awakes from a dream about his wife cheating on him and decides to flee for Japan. In Tokyo, he follows in the poet Basho’s footsteps to see the moon rise over the pine islands of Matsushima.

Plot: This is a collection of stories that “blur the line between the real and strange”.

Judges’ thoughts: “Spritely and uncanny, this is a beautifully imagined and skillfully executed collection of short stories.”

Book: The Faculty Of Dreams

Plot: In April 1988, Valerie Solanas, the writer, feminist and would-be assassin of Andy Warhol, was discovered dead in a San Francisco hotel room. In The Faculty of Dreams, author Stridsberg revisits the hotel room, and the courtroom where Solanas was tried for attempting to murder Warhol, as well as the Georgia wastelands where she grew up and the psychiatric units in which she interned. Through imagined conversations and monologues, she reconstructs the life of this enigmatic woman.

Judges’ thoughts: “An acute exploration of the imminent possibility of tragedy in all our lives – performative, exhilarating, searing.”

Book: Drive Your Plow Over The Bones Of The Dead

Plot: This tale is set in a remote village in south-west Poland, where Janina Dusezjko, an eccentric woman in her 60s, has lost her two dogs. When members of a local hunting club are then found murdered, she gets involved in the investigation. Don’t expect your usual crime thriller, though, as this offers thought-provoking ideas of madness, social injustice and animal rights, too.

Judges’ thoughts: “An idiosyncratic and bleakly humorous indictment of humanity’s casual corruption of the natural world.”

Book: The Shape Of The Ruins

Judges’ thoughts: “A harrowing immersion into the bottomless pit of conspiracy theories. Rooted in Colombian history, it speaks to a central question of our times.”

Book: The Death Of Murat Idrissi

Plot: Two women take a trip and end up in Morocco, where they’re confined by Saleh. This tale of capture and escape is depicted through the differing landscapes and culture of Europe and Africa.

Publisher: And Other Stories

Plot: Three children of ex-militants in Santiago, Chile, are facing a past they can’t remember nor forget. When the body of one of their mothers gets lost in transit, the three take a poignant road trip.