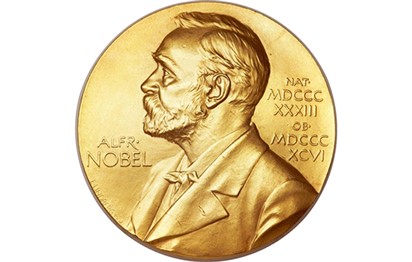 The Nobel Prize for Literature will be awarded twice this year after it was withheld in 2018 due to a sexual misconduct scandal involving the photographer Jean-Claude Arnault, husband of poet and former Swedish Academy member Katarina Frostenson.

Following reports in a Swedish newspaper, the Nobel Prize released a statement on Tuesday afternoon confirming that the Swedish Academy, which only picks the winner in the field of literature, would be free to select new Laureates this year.

“The Nobel Prize in Literature will once again be awarded, and this autumn Laureates for both 2018 and 2019 will be announced,” the statement reads. “The Nobel Foundation’s Board of Directors believes that the steps that the Swedish Academy has taken and intends to take will create good opportunities for restoring trust in the Academy as a prize-awarding institution.”

The 2018 prize was postponed in March last year after a number of Academy members resigned in protest over the handling of sexual misconduct allegations against Arnault, who was subsequently convicted of rape and jailed. It was later revealed that Frostenson had leaked the names of prize winners to her husband, something which she denies. Frostenson has since resigned from the Swedish Academy.

With fewer than the 12 required members remaining, it was not possible to select a winner. This was the first time since 1949 that the prize was not awarded.

The Nobel Prize and the Swedish Academy, which was founded in 1786 by King Gustav III, have also made a number of changes to the system for choosing a winner.

“Five independent external members, who will add valuable new perspectives, will participate in the task of selecting Nobel Laureates,” the statement continues. “The new committee will submit its own joint proposal for a Nobel Laureate. The Nobel Foundation has also learned that the Swedish Academy has changed the composition of the Nobel Committee so that it no longer includes members who have been associated with the past year’s events. The new system is applied to both the 2018 and 2019 prizes.

“Given the reforms that have been implemented and planned, the Swedish Academy has the opportunity not only to put the past year behind it, but also to become a better-functioning organisation in the future.”

Previous winners of the prize include Doris Lessing, Alice Munro and Kazuo Ishiguro