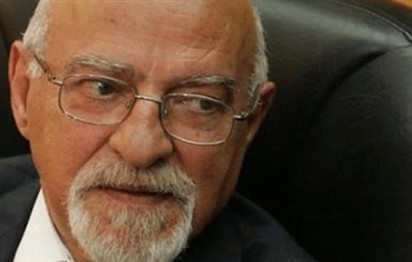 Veteran Jordanian actor Nabil Mashini has passed away on Saturday, March 2, 2019, leaving behind a long acting career.  He was 79. Al Mashini, who was famous for playing the role of “Abu Awwad” in the comic TV series “Harat Abu Awwad” (Abu Awwad’s Alley), was widely known in the Arab world for his notable performances and for his remarkable acting skills that enabled him to masterfully play various acting roles.

Al Mashini was born in July 1939 to famous radio broadcaster Ishaq Al Mashini. His brother Usama Al Mashini (1950-1985) is also an actor. He worked in the theatrical field and established numerous acting ventures, in addition to participating in tens of TV drama series that reflect the Bedouin environment such as “Ra’s Ghlees”(The Head of Ghlees), “Itr Al Nar” (The Scent of Fire), “Wadha wa Ibn Ajlan”, “Hanaya Al Ghaith” (The Heart of the Rain), “Al Andalus Wal Murabitun” (Andalusia and the Marabouts), “Malek Ibn Al Rayb”, “Wa’d Al Ghareeb” (The Stranger’s Promise) and “Bawabat Al Quds” (The Gate of Jerusalem). In addition to his acting roles, Al Mashini was Head of the Jordanian Artists Association, and also worked as a presenter in Jordanian TV. Moreover, he was a member of Jordan’s Majlis Al A’yan (the Senate) from 2003-2005 and received many honors and accolades both inside Jordan and abroad. He was granted the State Prize for the Arts in 2017.