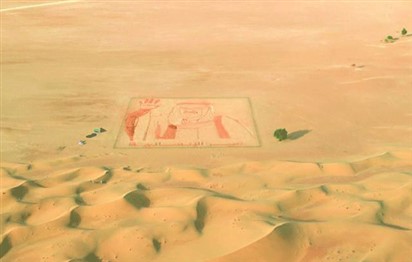 The portrait in Al Qudra Lake covers 170,000 square feet and can be seen from space

The UAE’s massive sand portrait of the Kuwaiti emir has been officially inducted into the Guinness Book of World Records.

‘The Power of the Dog’ leads Oscar nominations with 12