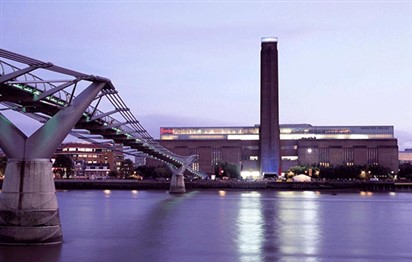 Over the past 10 years, artists and scholars have been looking to the liberation movements of the 1960s and 70s, when anti-colonialist, socialist, and anti-racist movements from Cuba to North Africa, and Palestine to East Asia crossed the globe in conferences, networks, and cultural events in support for each other.

After a variety of notable artworks and exhibitions made on the subject, such as Naeem Mohaiemen’s videoat Documenta about the Bandung Conference in Indonesia, and the burgeoning field of South-South research, a three-day conference was held at Tate Modern this past weekend to fully explore this history of solidarity movements, and the ways in which scholarship — and solidarity movements themselves — should go forward.

The event, Axis of Solidarity: Landmarks, Platforms, Futures, was supported in part by the Africa Institute – the Sharjah foundation launched this autumn by Sheikha Hoor Al Qasimi to support research into African and Afro-Arab affairs.

The Africa Institute’s first director, Sudanese academic Salah M Hassan, put together the conference alongside a team from Cornell University andTate Modern, such as curator Sook-Kyung Lee, who is head of a research centre at Tate that specialises in questions of global modernity.

The event broke down the large topic of the 1960s and 70s liberation movements into navigable pathways, drawing out themes such as conferences, like those at Bandung and Bamako; journals and magazines, by which groups disseminated information and activated disparate publics; and the aesthetic means, from posters to cinema, in which political ideologies took shape.

Highlights ranged from the great Pakistani-British intellectual Tariq Ali’s opening address, in which he protested the closure of public space and the criminalization of solidarity, to the young Indonesian researcher Brigitta Isabella’s paper on bringing global migrant labour into contemporary discussions of cross-national exchange.

Ala Younis spoke about her work Enactment, which connects histories of violent struggle with those of performance art, and Nada Shabout, Russell Rickford, and others discussed the Palestinian liberation movement and the solidarities it evoked.

The conference was driven as much by academic attention towards this historical moment as by contemporary manifestations of it, such as Black Lives Matter in the US and the anti-globalisation protests worldwide.

How those struggles connect to each other, and to historical labour and independence organizations, remains the question going forward.