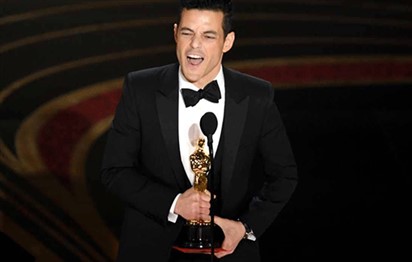 ‘Green Book’ has won the Oscar award for “Best Picture” in the 91st annual Academy Awards ceremony, which took place on Sunday evening, February 24, 2019. The film, produced by Universal Pictures, also bagged 2 other Oscars, namely the “Best Original Screenplay” and “Best Supporting Actor”, which went to actor Mahershala Ali. On the other hand, Rami Malek bagged the Oscar for “Best Actor” for his performance in “Bohemian Raphsody”, which he played the role of Freddie Mercury, the late lead singer of rock band Queen. During the past few weeks, 37-year old Malek stood out as the best candidate in the ‘Best Actor’ category after winning the Golden Globe and the British Academy Film awards. LA-born Malek, who is of Egyptian origin, plays the role of Freddie Mercury who was born to Indian immigrant parents who moved to the UK when he was in his teens.

Moreover, British actress Olivia Colman won the ‘Best Actress’ Oscar for her role in the historical comedy film,‘The Favorite’. This is the first Oscar for 45-year old Coleman, after being nominated for her first Academy Award this year. Coleman is considered one of the most prominent actresses in TV dramas  and has won a Golden Globe for ‘Best Lead Actress in a Motion Picture – Drama’ and the BAFTA award for ‘Best Actress’ for her turn as the 18th century Queen Anne of Great Britain.

Moreover, the Oscar for ‘Best Director’ went to Mexican director Alfonso Cuaron for his film, ‘Roma’. 57-year Old Cuaron had previously won the same award in 2014 for his film, ‘Gravity’. Cuaron said that Roma, which uses the Spanish language and the indigenous Mixtec language, is inspired by Cuaron’s own upbringing and memories with his family in the Colonia Roma neighborhood of Mexico City. Cuaron also wrote and produced the film, which was made with mostly amateur or little known actors.

Pakistan… the other great home of the bagpipes