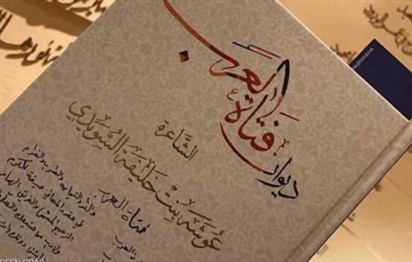 Abu Dhabi Tourism & Culture Authority (TCA Abu Dhabi) has announced that late Emirati poet Ousha bint Khalifa Al Suwaidi also known as Fatat Al Arab (Girl of the Arabs), will be the focus personality of the 29th edition of the Abu Dhabi International Book Fair (ADIBF 2019) set to run from April 24-30, 2019. The late poet was selected in recognition of her remarkable literary journey, her cultural achievements, writings and her contribution to the Nabati poetry canon in the UAE. Moreover, the pavilion of TCA Abu Dhabi will include special corner dedicated to the most important achievements and literary publications of the late poet.

It is worth mentioning that Fatat Al Arab is considered one of the pioneers of Nabati poetry in the UAE. The late poet was named “Fatat Al Arab” by His Highness Shaikh Mohammad Bin Rashid Al Maktoum, Vice-President and Prime Minister of the UAE and Ruler of Dubai- May Allah protect him- after she received the Prince of Poets Medal for Popular Poetry in 1989.

Commenting on the announcement, Saif Saeed Ghobash, undersecretary of the Department of Culture and Tourism (DCT) – Abu Dhabi said: “We at DCT Abu Dhabi are proud that poet Fatat Al Arab has been selected as the focus personality of the upcoming edition of the Abu Dhabi International Book Fair, in recognition of her literary journey and expertise that have enriched the local cultural scene and especially the Nabati poetry canon. She has been an icon of the general cultural scene through her publications and through shedding light on Arab and national issues in her poems. She has been named as the focus personality of this year’s edition of the Abu Dhabi International Book Fair, being a great model for UAE women as she adhered to Emirati values and provided a beacon of light to future generations through her thought and poems.

Fatat Al Arab was born in Al Muiji’I district in Al Ain but lived in Dubai. She retired from poetry in the late 90s and continued to recite poetry on the Prophet Muhammad (Peace Be Upon Him) towards the end of her life. She used to recite poetry with prominent UAE poets lead by the late Sheikh Zayed Bin Sultan Al Nahyan – May Allah have mercy on him, His Highness Shaikh Mohammad Bin Rashid Al Maktoum, Vice-President and Prime Minister of the UAE and poets Ahmed Bin Ali Al Kandi and Saeed Bin Hilal Al Thahery.