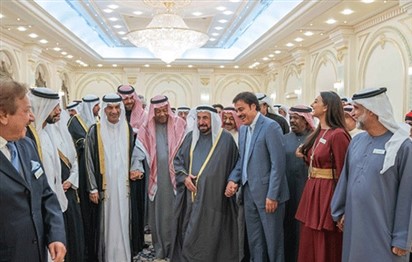 His Highness Sheikh Dr. Sultan bin Mohamed Al Qasimi, Supreme Council Member and Ruler of Sharjah, Thursday evening, witnessed the opening of the third edition of the Sharjah GCC Theatre Festival, which is organised by the theatre section at the Department of Culture, at the Culture Palace, and runs until February 19.