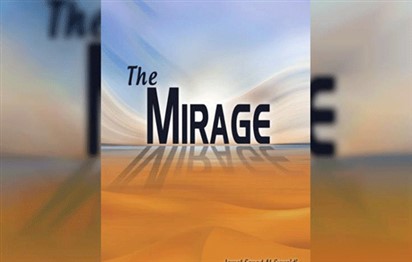 Several European and Arab societies and personalities have nominated Professor Jamal Sanad Al Suwaidi, Director General of the Emirates Centre for Strategic Studies and Research (ECSSR) in the UAE, and his book ‘The Mirage’ for the Nobel Prize in Literature 2019.

The Emirati scholar has been nominated for the Nobel Prize in Literature this year for the importance of his book in addressing extremist ideologies that have spread across the globe in recent years, and which threaten the security of societies and human values.

More than 50 experts, academics, and politicians from Belgium, Italy, Germany, France, Spain, and Sweden have taken part in the nomination of Prof. Al Suwaidi. They hope that this nomination will contribute to promoting the intellectual efforts in confronting extremist and destructive ideologies. They regard the Nobel Prize as a symbol and vital opportunity to highlight the dangers of extremist ideologies, and due to its academic significance, the book is regarded as a model towards efforts in tackling this epidemic.

‘The Mirage’ has won several Arab and global awards, including the Shaikh Zayed Book Award in the category of ‘Development of Nations’. According to many researchers and specialists, ‘The Mirage’ is one of the major Arabic and international books that address the scourge of extremism and terrorism that has overwhelmed the world in recent years.