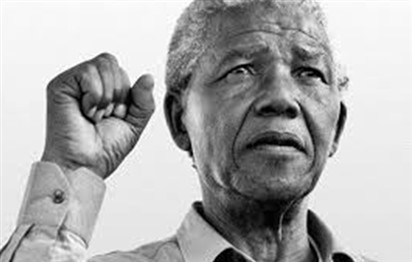 For a man who spent nearly three decades in prison, the passage of time was no doubt important to Nelson Mandela.

So it is perhaps fitting that an exhibition opening in London on Friday about his life and legacy features his watch, which was always kept on South African time wherever he traveled in the world as the country’s first black president.
The interactive exhibition takes a journey though Mandela’s life including his upbringing in rural Eastern Cape as the son of a chief, his 27-year incarceration and the end of apartheid when he became president in 1994. Mandela died in 2013 aged 95.
It features previously unseen footage alongside more than 150 artefacts such as clothes, campaign posters and travel documents on loan from the family of the Nobel Peace Prize winner and museums and archives worldwide.
www.sharjah24.ae
1
1
Share