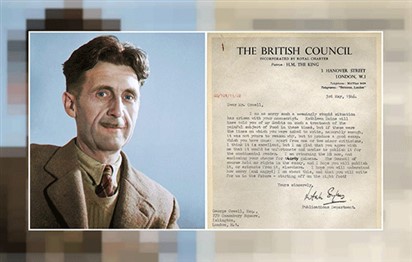 An essay on the UK’s cooking titled, “British Cookery”, by George Orwell was rejected more than 70 years ago by the British Council.

The British Council, which is funded by the UK government, and which aims at promoting the English language and culture around the world, had told Orwell it would be “unwise to publish it for the continental reader”. However, the cultural institute wrote a letter of apology to the world-renowned writer after it discovered in the archives its rejection letter of his treatise on traditional British food.

Furthermore, Alasdair Donaldson, the Council’s editor said: “It seems that the organization in those days was somewhat po-faced and risk-averse, and was anxious to avoid producing an essay about food (even one that mentions the disastrous effects of wartime rationing) in the aftermath of the hungry winter of 1945”.

Pakistan… the other great home of the bagpipes