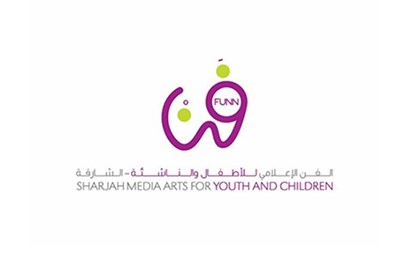 ‘P. E .T .O The Robot’ written by 13-year-old Yara Zendaki, is the winning script that competed in the ‘Short Film Story Award,’ organised by FUNN – the Sharjah-based Media Arts for Youth and Children, in collaboration with Sharjah Media City (SHAMS). The award is designed to unleash the creativity of children, tap into their hidden talents and nurture their artistic skills.

Through the competition which falls in line with Sharjah’s vision to nurture young talents and provide a supporting environment, youngsters between 13 and 18 had to push the envelope, think outside the box and tap into their imaginations to develop their ideas into a short film story.
The moral of the winning script, ‘P. E .T .O The Robot’ that competed against 35 scripts, revolves around humanity and friendship, and how it transcends any social differences. It talks about the world of robots and their daily struggles.
In this world, different types of robots have their own cultures and traditions. ’P.E.T.O’ is a new robot model equipped with advanced wireless sensors and runs on nuclear energy. The script describes the social behaviours of the robot community, and the struggles of ‘P.E.T.O’ to fit in with others at school. He befriends an older model robot named ‘M.A.R.K’, that speaks only in ‘html’ language and can only operate while plugged in to an electric socket.
The winner received AED 5000 from Sharjah Media City (SHAMS) and a valuable gift by Fujifilm. The script will be turned into a movie that will be submitted for the ‘Best Child Made Film Award’ at Sharjah International Film Festival for Youth & Children 2019. The winning contestant will also be enrolled in the FUNN film making program 2019.’
The submission was evaluated by a panel of jury members including: Fagr Kassim Ali, Director – Media Sector Development Sharjah Media City; Abdalla Al Hemairi, Director, Actor, & Scenarist; and Nadia Rahman, Chair of Media Production & Storytelling – ZU.
Her Highness Sheikha Jawaher Al Qasimi, Director of FUNN and SICFF, said: “We have a duty to create and sustain an environment for children to expand their horizons and unleash their creativity. This award is designed to challenge the creative mindset of children and translate their imagination into words. It allows them to express their thoughts, feelings, and visions in a form of words that can be adapted into a movie.”
“FUNN is on a quest to build a generation that has the proper knowledge and skillset that enables them to flourish in the field of art. The experience these children gained through brainstorming an idea and translating into a script that has all the elements needed to create a movie, is a stepping stone into a creative artistic world where there are no limits to imagination.”
Sheikha Jawaher added: “We would like to extend our gratitude to our jury, a host of experienced members in the field of arts and media, for their valuable contribution to our award.”
FUNN aims to nurture a future generation of creative artists in media and film industry, and promotes new media works and films made by children and young filmmakers in the UAE at international film festivals and conferences worldwide. Its larger goal is to foster talent through these festivals, conferences and workshops locally and internationally. FUNN aims to form a close-knit network of talented young people who can share experiences and expertise on a global scale.
Sharjah 24