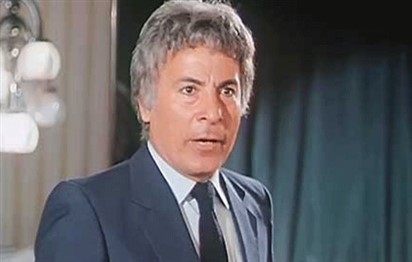 Born in 1938 in a village in Daqahlia, Abdel-Ghany went on to gain a degree from Cairo University.

He started his career as a reporter in the crime section at Al-Ahram daily newspaper, before becoming a military correspondent.

In June 1967, Abdel-Ghany covered the six-day war in South Sinai where he witnessed the defeat of Egyptian forces and the occupation of Sinai.

Following his return to Cairo, he fell into depression, according to interviews, and wanted to change his career.

He requested to be transferred to the paper’s Arts section, and his acting career started when he joined a small Al-Ahram newspaper acting troupe.

His first acting role in cinema was under renowned director Youssef Chahine in his film The Bird in 1972.

He then began a professional career in cinema, TV and theatre, appearing in more than 180 films and TV series, mostly in supporting roles.

In 1996, he received the Order of the Republic in the first degree for the arts.

Abdel-Ghany was married and had two sons and a daughter.

His son, Ahmed Saeed Abdel-Ghany, is also an actor. His sister Fadia Abdel-Ghany is a renowned actress and comedian.
english.ahram.

‘Similarity and Abstraction in Image’ new tilte of SAPACR13

ATI publishes its new book about Sharjah Ruler and theatre