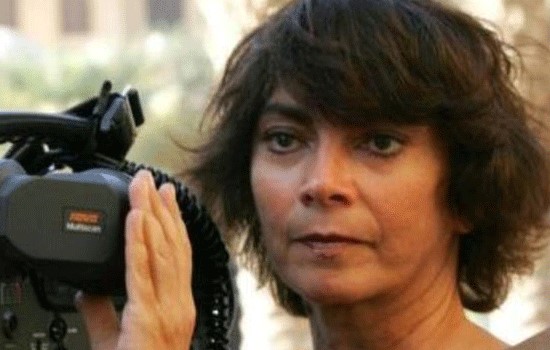 Lebanese director Jocelyn Saab has passed away on Tuesday, January 8, 2019, after a long battle with illness. She was 71. Saab died in a hospital in Paris, France, where she had been residing for many years and where had been granted French citizenship.

Saab is known for her war films and documentaries, which reflected her career as a journalist, scriptwriter and photographer. She had worked as a news reporter for several European TV channels, covering the October 1973 war and filming several documentaries about it.

Some of  Saab’s most prominent works include “Janoub Lobnan: Qissat Qarya That Al Hisar” (Southern Lebanon: The Story of a Village Under Seige), “Risala Min Bairut” (A Message from Beirut), “Beirut Madinaty” (Beirut, My City), “Misr: Madinat Al Mawta” (Egypt, City of the Dead), “Kan ya Makan Beirut” (Once Upon a Time Beirut) and “Ghazal Al Banat 2”, which is her first feature film that sheds light on the love story of Hala, a young woman who attempts to escape her surroundings by watching Egyptian movies and artist Karim, who lives an isolated life in his apartment in the so-called “West” Beirut “for fear of war. Saab’s repertoire of films also includes several feature films, including: Hayah Mu’alaqa (A Suspended Life), “Shou Am Beyseer?” (What is happening?) and “Dunia” (World); which starred actress Hanan Turk and Mohamed Mounir. This 2005 film received great acclaim and won several awards and mentions in many film festivals such as Carthage, Milan, Sundance and Montreal festivals.