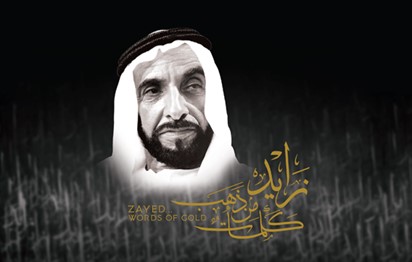 The calendar sheds light on some of the timeless quotes of the late Sheikh Zayed – May Allah have mercy upon him – including: “The best investment should be in creating educated and cultured generations”. Another giant painting highlights another quote by the late Sheikh Zayed: “We are keen on preserving our authentic traditions and heritage no matter how far we tread into the frontiers of civilization”. The calendar also includes Zayed’s timeless quote: “Arab oil is not dearer than Arab blood.”

The front side of the new calendar shows a picture of the late Sheikh Zayed – May Allah have mercy upon him –, while the final page includes an image inspired by the desert. The calendar comes in an elegant cardboard box and is distributed by Al Owais Cultural Foundation both in the UAE and abroad.