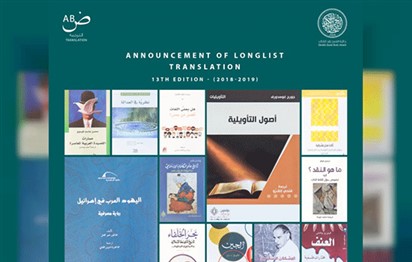 The Sheikh Zayed Book Award today announced the nominations in the ‘Translation’ category for its 13th edition. Since last May, 107 nominations were received in the category, which included translations from English, French and German from Arab countries including Egypt, Tunisia, Saudi Arabia, Syria and Morocco. Of these, 12 works have now made the longlist.

In the past few weeks, the Sheikh Zayed Book Award has announced its longlists for the ‘Literature’, ‘Young Author’, ‘Critical Studies’, ‘Development of Nations’, and ‘Children’s Literature’ categories.