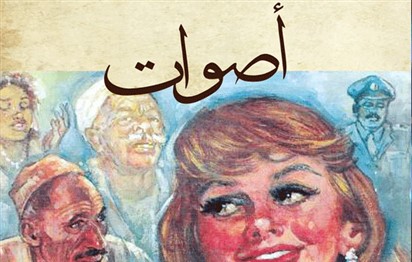 The Sultan Bin Ali Al Owais Cultural Foundation has issued a new publication within the “Winners 49” book series. The new book, “Voices”, is a novel by late Egyptian author Sulaiman Fayyad (1929-2015), winner of the Sultan Bin Ali Al Owais Cultural Award (3rd session, 1992-1993) in the “Short Story, Novel and Drama” category. The “Winners” book series is part of the Foundation’s efforts aiming to provide Arab libraries with books by winners of Al Owais Cultural Awards that have gone out of print. The books are printed according to the latest printing standards and are aimed at promoting culture in the Arab world, as they are provided free of charge to individuals and public libraries as well as university libraries.

In 1958, Fayyad went on a visit to a friend in a town in Delta. While there, he heard a tale dating back to 1948 about one of the locals who returned after years abroad with his foreign wife, who underwent a horrific circumcision at the hands of the town’s local women. Fayyad turned this tale into a novel, titled “Voices”, which was published in Cairo in 1972.

The novel has multiple narrators, beginning with the Sheriff, who receives a telegram from Hamed Al Buhairi’s, who had become a rich man in Paris and who asks the Sheriff to help him find his family with whom he parted with 30 years earlier when he was a 10 year-old child. Next, various narrators recount the impact of this telegram and the preparations made by the town’s mayor and dignitaries for welcoming the long-awaited son and his wife, and finally ends with the doctor who wrote the post-mortem report as per the Sheriff’s request to state that the wife died of natural causes.

It is worth mentioning that the statement of the jury committee of the Sultan Bin Ali Al Owais Cultural Foundation stated that Sulaiman Fayyad was awarded the prize in recognition of his outstanding literary works that have left an indelible mark on the short story genre in the Arab world. Moreover, the committee pointed out that Fayyad’s writing is characterized by powerful language, depth of narration, strong plots and colorful techniques. This can be seen clearly from his early works, as he avoided common phrases and expressions and followed a clear, sharp style.

In addition, the late Fayyad is considered one of a few authors who remained true to the short story genre and were able to create a comprehensive aesthetic and human world in his stories that expressed the concerns of the Arab people. Fayyad is also one of the most prominent short story writers to employ modernist writing techniques in his stories and use multiple narrative voices and a myriad of languages, which is considered a great contribution to the enrichment and evolvement of this literary genre.