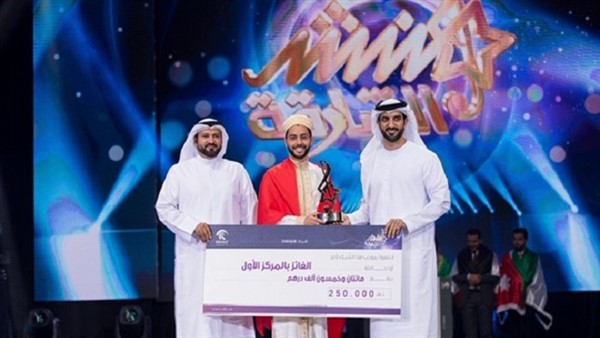 The Algerian vocalist Lokman Skender won the second place, and the Tunisian vocalist Nefaa Ayed won the third place.
The music iconic, Sami Yusuf, performed at the grand finale of the 11th edition of Sharjah Munshid, a variety of his most famous songs, amid great interaction by the audience in the theater. However, Moroccan munshid Yaseen Lash’hab who grabbed the title in the 10th edition of the programme and Jordanian munshid Nazar Al Shayeb who won second place in the show’s 9th edition where between the attendees.
Sheikh Sultan bin Ahmed Al Qassimi, accompanied by Mohammed Khalaf, Director General of Sharjah Media Corporation, honoured the winners of the first three positions. The programme’s sponsors and all those who contributed in the event were also honoured at the ceremony.
WAM