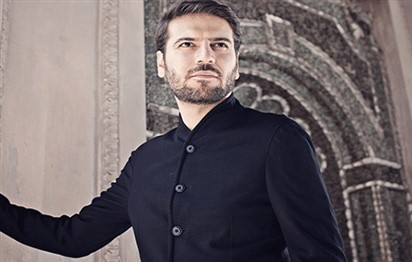 Iconic musician, Sami Yusuf will perform at the grand finale of the 11th edition of Sharjah Munshid – the internationally-acclaimed talent competition dedicated to the Islamic ‘nasheed’ music genre at 8pm on Friday, December 14, at Al Majaz Amphitheatre in Sharjah.

Since his rise to fame with the launch of his first album, Al-Mu’allim, Sami Yusuf has become an international music icon with over 34 million albums sold to date. His powerful voice can be heard worldwide with his lyrics celebrating the sacred, and at times carrying an uplifting message which promotes positive values of social cohesion, tolerance, and unity.
During the finale, seven finalists from across the Arab world will compete for the much-anticipated title with a live broadcast by Sharjah TV. The participants are as follows: Adel Al Asadi from Saudi Arabia, Nafea Ayad from Tunisia, Ibrahim Al Kayali from Jordan, Lukman Iskandar from Algeria, Mohammad Shaeer from Egypt, Mohammed Naqshabandi from Syria, and Mouath Boukayoud from Morocco.
Tickets for the finale can be purchased from the Sharjah Media Corporation building or Al Majaz Amphitheatre.
A day prior to the finale, on Thursday, December 13, at 8pm, the seven contestants will perform live at Al Majaz Amphitheatre for a chance to gain their share of votes and to showcase their abilities and talents. Guest performers on Thursday will include past ‘Munshid’ graduates: Moroccan munshid Yaseen Lash’hab who grabbed the title in the 10th edition of the programme and Jordanian munshid Nazar Al Shayeb who won second place in the show’s 9th edition.
Tickets for the pre-finale can be collected for free from the Sharjah Media Corporation building or Al Majaz Amphitheatre.
wam