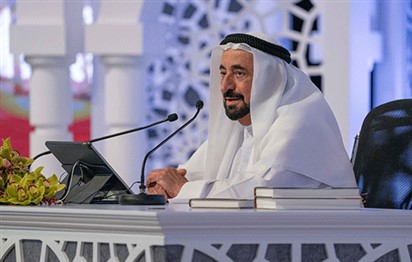 His Highness Dr. Sheikh Sultan Bin Mohammed Al Qasimi, Supreme Council Member and Ruler of Sharjah,will attend the opening of the sixth edition of the Sharjah International Children’s Film Festival (SICFF 2018), which will be held at Al Jawaher Reception and Convention Centre (JRCC) in Sharjah on Sunday, 14th October 2018.

The six-day event is organised by FUNN, the Sharjah-based organisation dedicated to igniting interest for cinema and media arts among young generations in the UAE.

During the ceremony, the ruler of Sharjah will honour three innovators hosted by the event as keynote speakers, in recognition of their contributions to the promotion of local and international cinema; they are: Emirati director Abdullah Al Kaabi, Bahraini actress Haifa Hussein and the famous Jungle Book actor who played the role of Mowgli, the Indian-American Neel Sethi.

The event will see the presence of high – profile guests including Menna Arafah who had her debut in the television series “Cinderella” where she worked with producer Sameer Saif. She took part in a number of works that honed her artistic personality and skill. Indian film actress Karisma Kapoor will also be among the celebrities.

In this context, Sheikha Jawaher Bint Abdullah Al Qasimi,Director of FUNN and SICFF, said, “With the support of His Highness Dr. Sheikh Sultan Bin Mohammed Al Qasimi, Supreme Council Member and Ruler of Sharjah, and his wife, Chairperson of the Supreme Council for Family Affairs, Sheikha Jawaher Bint Mohammed Al Qasimi, the Sharjah International Children’s Film Festival has achieved great success, over the past five years, as one of the most important platforms which presents to the children and the adolescents the latest works the world cinema.”

SICFF 2018 will also organise six dialogue sessions with the participation of experts, stars and specialists in the field of the cinema.