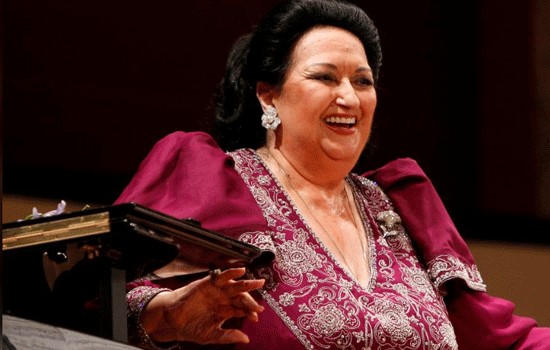 Montserrat Caballe, who took opera into the pop charts by singing “Barcelona” with Freddie Mercury three decades ago, died aged 85 on Saturday.

The Spanish soprano, who was born in the Catalan capital, had been in ill health for a number of years and was admitted to hospital in mid-September, a hospital official said. She died in Sant Pau hospital in Barcelona.

The Gran Teatre del Liceu opera house in Barcelona, where Caballe performed more than 200 times, described her as “one of the most important sopranos in history”.

“Of all the sopranos I’ve heard live in the theater, I’ve never heard anyone singing like Caballe,” Carreras said in an interview with Catalunya Radio.

Spain’s royal family called her “the great lady of the opera, a legend of universal culture, the best among the best”.

“Her personality and her unique voice will always be with us,” the royals said in a tweet.

Caballe released the song “Barcelona” with the Queen frontman Mercury in 1987 and it was used again during the 1992 Barcelona Olympics, a year after Mercury’s death.

“She went beyond opera and classical music showing that opera singers are not just limited to the opera houses but go way beyond that,” Christina Sheppelmann, the Liceu’s artistic director, told reporters on Saturday in Barcelona.

Renowned for her performances of Italian opera, she also worked with the late tenor Luciano Pavarotti.

The Royal Opera House in London, where Caballe sang on a number of occasions between 1972 and 1992, also expressed its condolences, saying she had “inspired millions”.

Among other reactions, Spain’s Prime Minister Pedro Sanchez tweeted: “Sad news. A great ambassador of our country dies, an opera soprano recognized internationally. Her voice and her kindness will always remain with us.”

A government source said Sanchez would attend Caballe’s funeral, which will be held in Les Corts morgue, in Barcelona, at midday on Monday.

Caballe was considered one of the finest modern exponents of the ‘bel canto repertoire’, Spain’s Culture Minister Jose Guirao said on Saturday.

“Her loss leaves a huge void,” he said.

Caballe’s almost 60-year international career took her from Basel to New York and beyond.