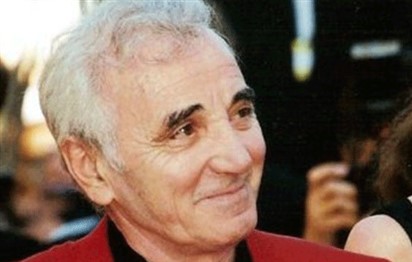 Famed French singer Charles Aznavour has passed away in Paris on Monday, October 1, 2018. He was 94. Aznavour, also known as the “Frank Sinatra of France”, is considered one of the most renowned French singers of all time who sold more than 100 million records in 80 countries.

Aznavour, who was born Shahnour Varinag Aznavourian in Paris on May 22, 1942 to Armenian parents, made his singing debut at the age of 9 when singer Edith Piaf heard him sing and arranged for him to accompany her on her singing tours in France and the United States. The late Aznavour was often described as the “Frank Sinatra of France”, and almost all of his songs are about love. He wrote more than 1000 songs, in addition to musicals and has more than 100 albums to his name. He also starred in a number of movies in the 1960s.

Aznavour, who sang in more than five languages, namely: French, Russian, English, Armenian, Italian and Spanish, is considered the most renowned French singer abroad. His song, “She”, was at the top of song charts in the UK in the 1970s. He was granted Armenian citizenship by Armenian President Serzh Sargsyan. The late singer, who married 3 times, is survived by his 6 children. He lived in Genève for a long period of time. In 1997, he was awarded the Cesar Award and the Legion of Honor Medal. His many talents included singing, songwriting, composition and acting, and made him a very popular and acclaimed artist.