The Humboldt Forum, Berlin, Germany, opened digitally on December 16. It is the name of a platform for museums and event rooms in the historic centre of Berlin.

Described as the German equivalent of the British Museum and with its ethnological and cultural history collections and art, the site is intended to expand the museums on Museum Island, Berlin.

Museum Island is a building ensemble consisting of five museums in the northern part of the Spree Island, Berlin, and is one of the most important museum complexes in Europe.

The Humboldt Forum is situated in the reconstructed Berlin Palace. The Baroque-style institution cost $820 million to complete and covers an area of more than 320,000 square feet.

The building is home to four collaborating partners: the Berlin State Museums, along with Berlin Kulturprojekte, which manage locally focused exhibitions; the Humboldt University; the Humboldt Forum Foundation; and the Prussian Cultural Heritage Foundation, which oversees the ethnographic and Asian art collections.

In 2002, an international commission of experts created a concept for the use of the Berlin Palace on the grounds of the demolished Palace of the Republic and recommended that the Humboldt Forum be built in the palace.

The idea was for the Forum to serve as a link to the scientific and cultural past. The Humboldt Forum and Museum Island, with their range of collections, specialist libraries and event rooms, are intended to create a link between art, culture and science.

The link between the collections on European art and culture on Museum Island and the non-European museums in the Humboldt Forum, it is hoped, will create a dialogue between world cultures in the centre of the German capital. 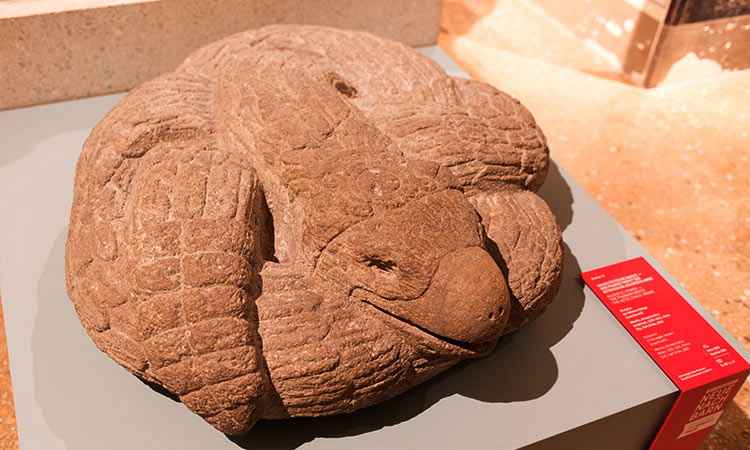 Wilhelm von Humboldt (1767 — 1835) was a universal scholar who advocated, among other things, the idea of uniting various educational institutions and science courses under one roof. The Humboldt Forum sees itself as the implementer of this idea and wants to unite natural science and cultural studies.

Wilhelm von Humboldt was not only a scholar but also a statesman. As an educational reformer, he initiated the reorganisation of the educational system in the spirit of neo-humanism, shaped the Humboldtian education ideal named after him, and also established the Friedrich-Wilmelms-Universitat Berlin.

Together with his brother, he is one of the great and influential personalities in German cultural history.

While Alexander opened up new horizons primarily in geological and natural science research, Wilhelm’s focus was on dealing with cultural and scientific contexts such as educational problems, state theory, the analytical consideration of language, literature and art, and active political participation as a reform engine in schools and universities and as a Prussian diplomat.

The Humboldt Forum has its roots in the Ancient Prussian Art Chamber, which was also located in the Berlin Palace and was established in the mid-16th century.

Damaged during world war two, the palace was demolished and replaced by the Palace of the Republic, which housed the parliament of the German Democratic Republic (GDR or East Germany). Following unification in 1990, the parliament building was closed and then demolished to make way for the museum.

Italian architect Franco Stella completed his reconstruction of the baroque Berlin Palace. According to Stella, the museum was conceived as a city with six entrances acting as city gates, and three courtyards as squares.

“I conceived the Humboldt Forum as a palace, with its six portals representing city gates, and its three inner courtyards servicing as city squares,” says Stella.

The project combines the concepts of the palace and the piazza (a public square or marketplace, especially in an Italian town). Renaissance and baroque principles are blended, with echoes of building history, overlaid with a contemporary view.

Described as “the largest cultural development in Europe”, the Forum incorporates two of the art chamber’s successor institutions: the Ethnological Museum of Berlin and the Museum of Asian Art, as well as two restaurants, a theatre, a movie theatre, and an auditorium.

The foundation stone was laid by President Joachim Gauck on June 12, 2013. According to the museum’s website, “the Humboldt Forum is concerned with nothing less than the history and culture of the world in all its complexity”. It strives “to tell the universal story of the human race from multiple perspectives”.

The Ancient Prussian Art Chamber was originally established by Joachim II Hector, Elector of Brandenburg in the mid-16th century, but was nearly destroyed during the Thirty Years’ War (1618–1648).

The art chamber was rebuilt as a collection by Frederick William, also Elector of Brandenburg, and was moved to the newly extended Berlin Palace by Frederick I of Prussia, in early 18th century.