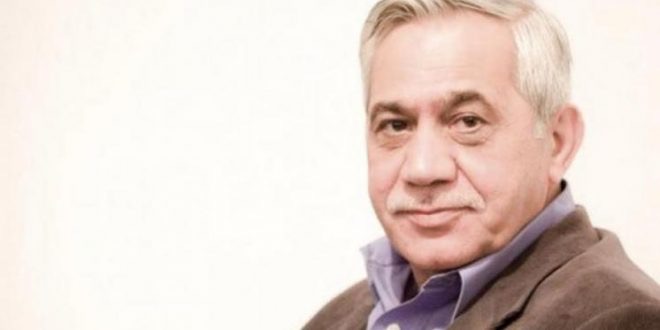 Jordanian writer and novelist Elias Farkouh has passed away in Amman on Wednesday, July 15, 2020, after suffering an acute heart arrest. The late Farkouh, who was considered one of Jordan’s most renowned translators and authors, was born in 1948. He earned a BA in philosophy and psychology from the Beirut Arab University before working in cultural journalism from 1977 to 1979. He founded Dar Azmina Publishing, and co-founded Al Mahd cultural magazine. Moreover, he also managed Dar ManaratPublishing with poet Taher Riyadh from 1980-1991. In 1992, he established and chaired Dar Azmina Publishing. The late Farkouhwas one of the founders of the Jordanian Publishers’ Union, which he was a member of. He was also a member of the Arab Writers’ Union and the Jordanian Writers’ Association, also becoming a board member of the latter for several sessions.

Farkouh was granted the State Encouragement Award in 1990 for his novel Qamat Al Zabad (Columns of Foam). He also won the State Merit Award (short story category) in 1997 and the Mahmoud Saif Al Din Al Irani Award for Short Stories from the Jordanian Writers’ Association, which granted him the “Award for Best Short Stories Collection” in 1982 for his Ihda wa IshrunTalqa lil Nabi (Twenty One Shots for the Prophet).

His publications also include:

Farkouh’s novel Ard Al Yambous (The Land of Purgatory) was nominated for the inaugural Arabic Booker Prize in 2008.