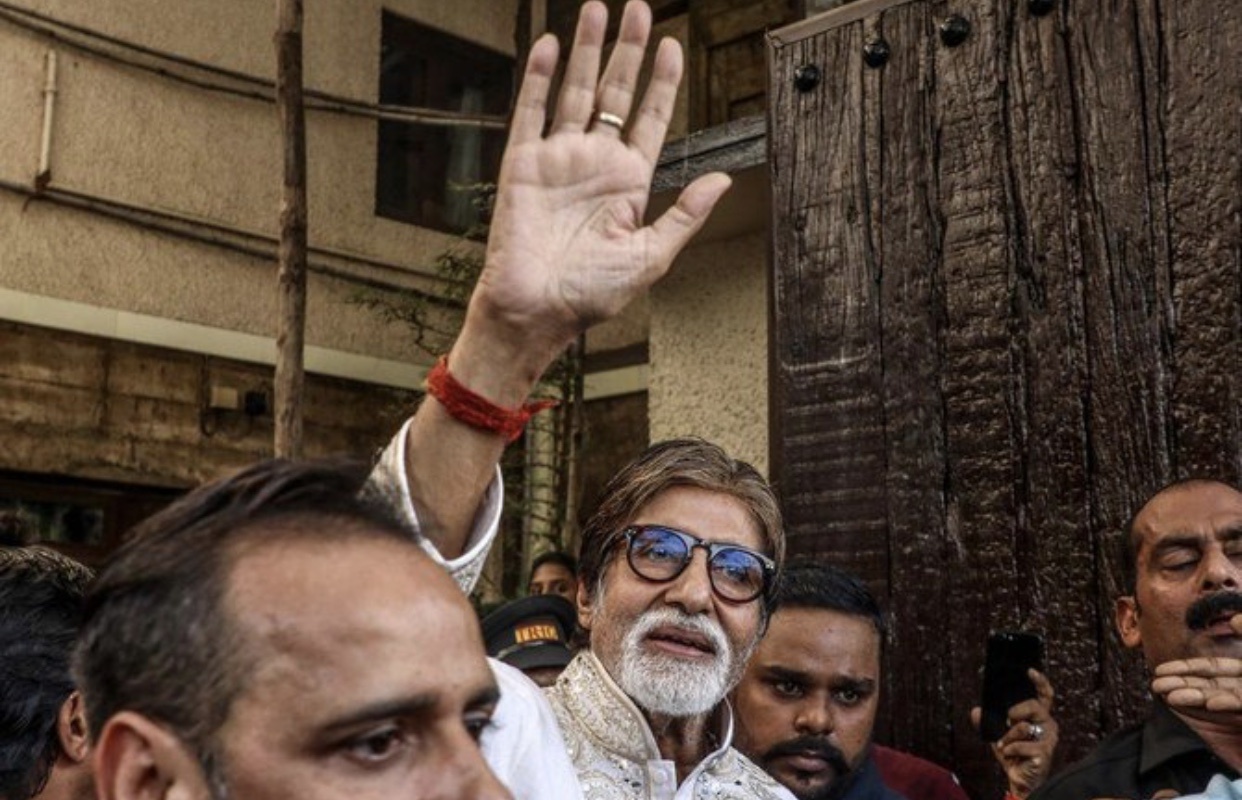 Bollywood veteran megastar Amitabh Bachchan, 77, has tested positive for COVID-19 and been admitted to hospital in his hometown of Mumbai, he said Saturday on Twitter, calling for those close to him to get tested.
“I have tested CoviD positive .. shifted to Hospital,” Bachchan wrote, saying his family and staff had already been tested and were awaiting their results.
“All that have been in close proximity to me in the last 10 days are requested to please get themselves tested!” he added.

His son Abhishek Bachchan, 44, said in a tweet minutes later that he had also tested positive.

The Bollywood actors were admitted to Nanavati Hospital in Mumbai, India’s financial and entertainment hub, and several other members of the high-profile family were tested for the virus.

Affectionately known as “Big B”, Bachchan shot to stardom in the early 1970s on the back of roles in huge hit movies such as “Zanjeer” and “Sholay”.
His films still open to packed cinemas across India, but his new movie – comedy-drama “Gulabo Sitabo” – was released on Amazon’s streaming service due to the coronavirus restrictions.
Bollywood recently resumed film shoots after a months-long hiatus following the imposition of a nationwide lockdown in India in late March.
But actors over the age of 65, such as Bachchan, are banned from set due to their vulnerability to the virus.
India’s nationwide coronavirus toll rose Saturday to 820,916 cases – the third highest in the world – with 22,123 deaths.
Health workers have complained about severe staff shortages, with some senior doctors and nurses avoiding frontlines because of their risk of catching the virus.
As the death toll climbs, critics say the country is not testing enough – leaving many infections undiagnosed.
Millions of Indians revere Bachchan like royalty, hanging on his every word, seeking his blessings and congregating outside his Mumbai bungalow every year on October 11, his birthday.
The doyen of Bollywood is a keen user of Twitter, where he has 43 million followers, and his career has branched into television presenting, business and politics, as well as countless commercial endorsements.
Early in his acting life, Bachchan earned his reputation as India’s “angry young man” for portraying violent heroes fighting an unjust system and injecting a new aggressive element into Bollywood movies, which had previously consisted of polite romances.
After some lean years, Bachchan bounced back spectacularly, largely due to his stint as host for the Indian version of the popular TV game show “Who Wants To Be A Millionaire?”, which revived his artistic and financial fortunes.
According to local media, he was being treated at Mumbai’s Nanavati hospital.
gulf today