More than 150 world-renowned academics, writers and artists signed a letter published on Tuesday expressing support for global anti-racism protests while lamenting an “intolerant climate that has set in on all sides”.

The letter was published on Tuesday in Harper’s Magazine, and decries “a vogue for public shaming and ostracism”.

One part reads: “The free exchange of information and ideas, the lifeblood of a liberal society, is daily becoming more constricted.” 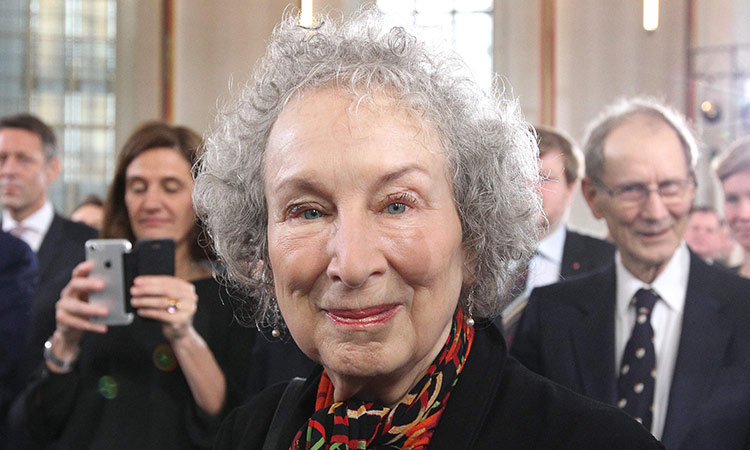 Another states: “As writers we need a culture that leaves us room for experimentation, risk-taking, and even mistakes. We need to preserve the possibility of good-faith disagreement without dire professional consequences.”

Many social media users have taken issue with the contents of the letter, especially when viewed in light of Rowling’s recent comments.

Historian Kerri Greenidge was one of the people who originally signed the letter, but she has now been removed.

“I do not endorse this @harpers letter,” she wrote on Twitter. “I am in contact with Harper’s about a retraction.”

It supported ongoing demonstrations against police brutality and racial inequality that have spread from the United States across the world, following outrage over the death of an unarmed Black man, George Floyd, after a police officer knelt on his neck for nearly nine minutes while detaining him in Minneapolis on May 25. 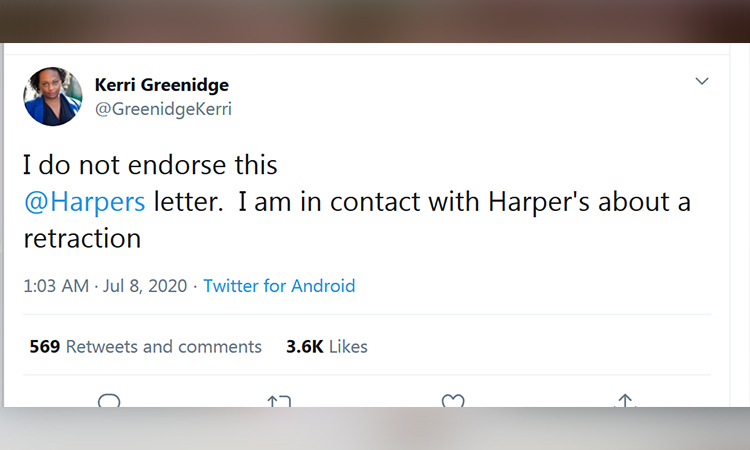 However, the letter also said that the sentiments unleashed have hardened a new set of moral attitudes and political commitments to the detriment of open debate, and allowed ideological conformity to erode tolerance of differences.

“As we applaud the first development, we also raise our voices against the second”, the letter said, adding that resistance should not be allowed to “harden” into a brand of “dogma or coercion”.

It said that censoriousness was spreading widely across the culture through public shaming, a tendency to dissolve complex policy issues in a “blinding moral certainty” and an intolerance of opposing views.

“The way to defeat bad ideas is by exposure, argument, and persuasion, not by trying to silence or wish them away. We refuse any false choice between justice and freedom, which cannot exist without each other”, the letter added.
gulftoday